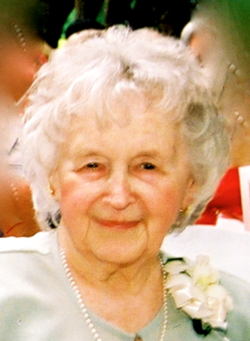 
Ethel Frances Ringer Risley died on October 23, 2015 at the age of 102. She was born in Slatedale, PA on December 12, 1912, to Hester Kern and John J Ringer. Ethel and her siblings, James, Helen, and Robert, grew up on Fourth Street in Slatington. She graduated from Kutztown Normal School in 1931 and returned to Kutztown in 1943 with her husband, Walter P Risley, who taught and coached at Kutztown University until his death in 1971. Ethel had established her own teaching career as a third grade teacher at Schnecksville Elementary in 1931 and as a kindergarten teacher at Kutztown Elementary from 1955 until her retirement in 1978. While living in Kutztown, she was active in Trinity Lutheran Church, the Kutztown Library, and the Women’s Club. In addition, Ethel was a lifetime member of the Order of the Eastern Star. She spent her later years as a resident of Luther Crest in Allentown. A woman of generosity and compassion, religious devotion, and enthusiasm for young and old, Ethel will be missed

Services: A celebration of Ethel’s life was held in a private service, and she was interred in Union Cemetery, Slatington. Arrangements were handled by Harding Funeral Home, Inc.

Contributions: Can be made to the Kutztown Community Library, 70 Bieber Alley, Kutztown, PA 19530. Online condolences to the family can be emailed to: efr1212@yahoo.com.

To order memorial trees or send flowers to the family in memory of Ethel Risley, please visit our flower store.