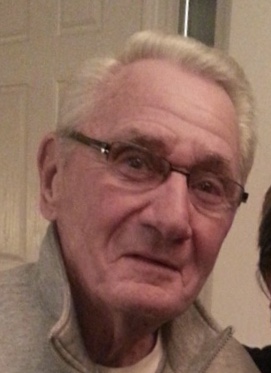 Robert J. Kunda, 84, of Hanover Township, Northampton County, died on Sunday January 7, 2018 at Kirkland Village, Bethlehem.  A Palmerton native, he was the son of the late John P. Sr. and Theresa (Mesics) Kunda.  He was married to the late Joan (Stangle) Kunda for 33 years prior to her death in 1991.  He was a graduate of Palmerton High School and Penn State University where he received his degree in Labor-Management Relations.  He was a 4 year Navy veteran, serving during the Korean Conflict.  Bob was employed as a Human Resource Manager for 30 years by Reckitt & Beneckiser who operated the Durkee Food plant in Bethlehem.  He retired in 1992.  Prior to that, he was employed by the U.S. Gypsum Co. and the Reynolds Metals Co. in various Human Resource and Labor positions.   Bob was also an adjunct professor at Northampton Community College and DeSales University, where he taught Human Resource Management and Labor Relations courses.  He was a part time staff member at Southmoore Golf Club.    Bob served on the board of directors of the Private Industry Council, the Greater Bethlehem Area United Way, the Homemaker Health Aides and Drug and Alcohol Council of the Lehigh Valley.  He was a member of the Society of Human Resource Managers and Phi Kappa Theta fraternity.  Bob was an active member of the Blue Ridge Country Club where he served on the Governor's Board for 12 years.  Bob was a member of Notre Dame Catholic Church of Bethlehem.

Contributions:  In lieu of flowers, can be made to the American Lung Association of PA, 2200 Hamilton Blvd, Allentown PA 18104.

To order memorial trees or send flowers to the family in memory of Robert Kunda, please visit our flower store.