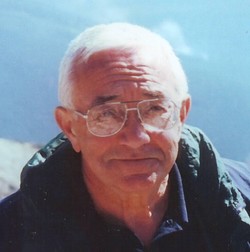 
Alfred M. Kotsch, 78, of Whitehall, passed away September 9, 2014 after being in a motorcycle accident. He died doing something he enjoyed doing, riding his motorcycle on a beautiful day, exploring and taking the road less travelled. He was the son of the late Jacob A. & Anna B. (Christman) Kotsch. He grew up in Whitehall and graduated from Whitehall High School in 1953. As a young man and throughout much of his life, he enjoyed hunting and fishing with friends and family. An accomplished musician, playing the organ and accordion, as a young man he provided entertainment by playing music at local events and venues, gave music lessons and owned Kotsch’s Music House in Lehighton. Adventurous in spirit, he obtained his private pilot license and he enjoyed flying small planes out of East Penn Airport from 1955 through 1970. Most recently, he was called to the skies again and during the last year of his life he began taking flying lessons again. He enjoyed travel throughout his life-time and did so with friends and family, as well as, taking solo trips to Spain and Slovakia. A salesman and manager at heart, he found employment in these professions working for many companies over the course of his life. He also attended Muhlenberg College and earned a certification in Accounting. A licensed realtor (CRS, GRI, ABR) he worked for numerous realty companies in the Lehigh Valley prior to his retirement. He lived and resided in his community for 30 years and at times served on the homeowner’s association and provided property management services. He also was active in the local Neighborhood Crime Watch and attended meetings on a regular basis. Finally, he was an avid reader and was self- taught in so many areas, not excluding economics, politics, psychology, sociology, and philosophy. Later in life, he became very attached to his canine companions. Those who knew Al, will understand this final tribute would not be complete without mention of Dalton and Sedona who passed away and the current “Lady” in his life, Violet. Finally, a card found in his wallet captures his outlook on life and stated the following, “When a man knows how to live dangerously, he is not afraid to die. When he is not afraid to die, he is, strangely, free to live.”

In his life, he was a son, a husband, a father, a brother, a friend and more. He will be missed by many.

He was preceded in death by his son, Ricky Lee Kotsch. Survivors: Daughter, Christine L. Kotsch-Schuebel of Slatington and Son, Alfred Kotsch, Jr. of Wrightstown, NJ. Brother, Gary Kotsch of Annville, and Sisters, Marlene Hacker of Topton and Shirley Adams of Douglasville.

Services: Private, at the convenience of the family.

To order memorial trees or send flowers to the family in memory of Alfred Kotsch, please visit our flower store.