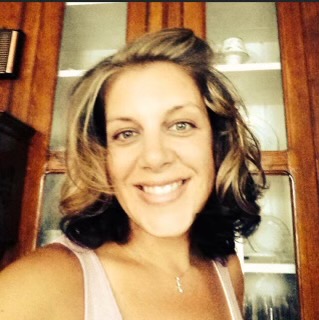 Amanda M. “Mandi” Trelease, 42, of Slatington passed away unexpectedly Sunday, August 15, 2021, in her home.   She was the wife of Denis M. Trelease, whom she married on September 18, 2004.  Born in Allentown on April 15, 1979, she was the daughter of Carol A. (Humanick) Oswald of Slatington, and the late Barry D. Oswald.  Mandi was a graduate of Northern Lehigh High School, Class of 1997.    Mandi was a dedicated homemaker, taking care of her family, making sure her children always had the best, in addition to currently working as a substitute in various capacities for the Northern Lehigh School District.  Previously, she worked as group home supervisor with Life Path.   She also worked a job coach for CLIU, and for the Trexler Game Preserve / LV Zoo.   Her passion was raising awareness for autism and she volunteered countless hours fundraising for Autism Speaks.  Mandi was instrumental in both, the Slatington 150 Celebration and in the recent construction and dedication of the new Angelo Scarselletti Amphitheater at Victory Park.
In addition to her husband Denis and mother Carol, Mandi is survived by a son: Andrew Trelease; daughter: Anna Trelease; brother: Aaron Oswald and wife Christie of Slatington; Nephews & niece: Elijah, Ayden, Caleb & Isabella; Maternal grandmother: Betty Humanick; Paternal Grandparents: Theodore and Mildred Oswald; In-laws: Kevin and Barbara Trelease; brother-in-law: Scott Trelease and wife Yvette and their family.
A memorial service will be held at 3:00PM on Friday, August 20, 2021, at Good Shepherd UCC, 3940 Mountain Rd, Slatington.   Family and friends may pay their respects from 1 to 3PM at church.   In lieu of flowers, contributions can be made in Mandi’s name to Autism Society of America – Lehigh Valley Chapter, P.O. Box 3523, Allentown PA 18106

To order memorial trees or send flowers to the family in memory of Amanda Trelease, please visit our flower store.