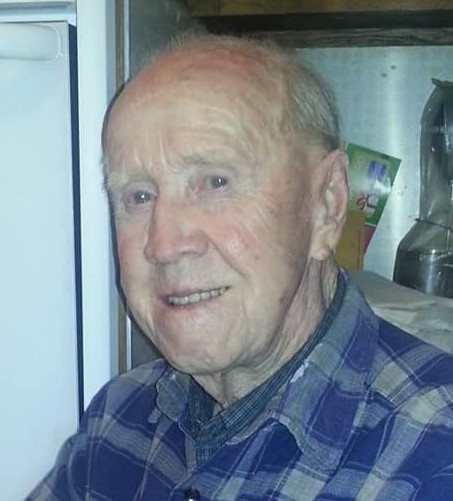 Barton E. Behler, Jr., 93, formerly of Walnutport, passed away Monday, October 1, 2018 at Northampton Village.  He was the husband of the late Jestine A. (Young) Behler, who passed away in 2008.   Born on March 10, 1925 in Walnutport, he was the son of the late Barton E. Sr, and Minnie (Semmel) Behler.  Barton was a US Army veteran who served during WWII.  He was employed with Bethlehem Steel working as a truck driver.   He was a member of St. John’s Lutheran Church, Slatington and the Diamond Fire Co, Walnutport.
He is survived by a son: Barton E. Behler, III and wife Terri of Slatington; daughter: Patti and husband Stephen Rupert of Bath; Grandchildren: Travis, Trevor, Stephen Jr. and Kristy; 3 Great-Grandchildren; 1 great-great-grandchild.  He was predeceased by sister: Fern Slotter and June Munjone.
A funeral service will be held at 11 A.M. on Friday, October 5, 2018 at Harding Funeral Home, 25-27 N. Second St, Slatington.  A calling hour will be from 10 to 11 A.M. at the funeral home.  Interment to follow at Union Cemetery, Slatington.

To order memorial trees or send flowers to the family in memory of Barton Behler, Jr., please visit our flower store.