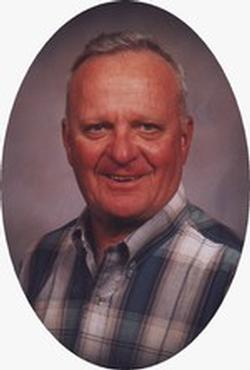 
Bruce A. "Bud"ì³Œ Kemmerer, 78 of Allentown formerly of Slatington died Tuesday February 5, 2013 at the Inpatient Hospice Unit, Allentown. He was the husband of Mary Ann (Shoemaker) Kemmerer; they celebrated their 58th wedding anniversary this past March. Born in Bowmanstown, he is the son of Kathryn (Jones) Kemmerer of FL, and the late Reuben Kemmerer. He was a US Army veteran serving in the Korean War. Bruce was a graduate of East Stroudsburg State Teachers College with a degree in Health & Physical Education., and worked as a teacher for Northwestern Lehigh HS until retiring in 1989. He was a member of Asbury United Methodist, Church, Allentown and a former member of St. John's UCC, Slatington where he served as past consistory president. Bruce was a former PIAA official for football & basketball, and was inducted in the Northern Lehigh HS Ring of Honor in 2012. He was also a member of the American Legion Post 16, Slatington.


To order memorial trees or send flowers to the family in memory of Bruce Kememerer, please visit our flower store.