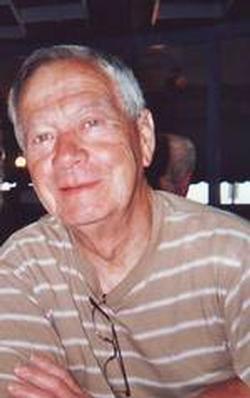 
Byron H. "Barry"ì³Œ Farber, 73 of Slatington died Sunday May 13, 2012 in his home surrounded by his family. He was the husband of Annette M. (Grim) Farber, they were married 51 years last June. Born in Slatington, he was the son of the late Roy W. Sr. and Lottie M. (Hallman) Farber. He was employed with the former Stanwood Mills until the plant closed, last working as assistant supervisor. Barry was a member of Grace UCC, Allentown. What he enjoyed most in life was hunting, fishing, working in his yard, watching baseball games, drinking Coke, being a Pop to his grandchildren and spending time with his family, friends and dog Madison.

Contributions: In lieu of flowers, contributions can be made to the funeral home.


To order memorial trees or send flowers to the family in memory of Byron Farber, please visit our flower store.