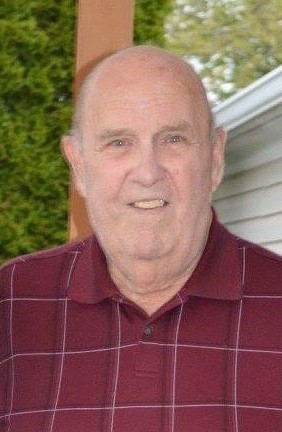 Charles H. Fritz,70, of Walnutport, passed away on Thursday, August 9, 2018 in his home.  He was the husband of Susan A. (Reph) Fritz; they would have celebrated their 47th wedding anniversary on August 28. Born in Danielsville, he was the son of the late Betty (Snyder) Fritz, and step-son of the late Frederick Deiter.   He worked in the cutting department for the DeVille Blouse Company in Danielsville for 27 yrs.  He was a member of Christ U.C.C, Walnutport.  Charles was a former Assistant Fire Chief of the Diamond Fire Co., Walnutport, and was a lifetime volunteer in the Diamond Fire Co. organization, and the Vigilant Fire Co., Slatington
In addition to his wife, he is survived by daughter: Tonya J. Smith-Green and husband Michael A. Green of Slatington, Jennie S. Fritz of Walnutport; God-children: Robert Reph, Michael Diefenderfer, Jason Person, Crystal Marx; Grandsons: Michael Spencer Gaston & Lucas G. Gaston; Sister: Barbara and husband Tom Barthold of Seemsville.  He was pre-deceased by a brother Barry Fritz, and a step-brother Donald Person.
A funeral service will be held at 11 A.M. on Monday August 13, 2018 at Harding Funeral Home, 25-27 N. Second Street, Slatington.  Calling hour will be held from 10 to 11 A.M. at the funeral home.  Contributions in his name can be made to Christ UCC, P.O. Box P, 309 Main Street, Walnutport PA 18088

To order memorial trees or send flowers to the family in memory of Charles Fritz, please visit our flower store.