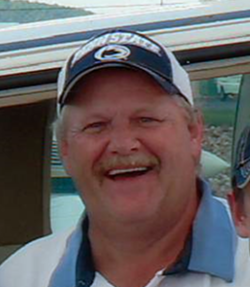 
David E. Krause, 59 of Slatington died unexpectedly Saturday January 23, 2016 in his residence. Born in Allentown, he was the son of Mae (Blose) Krause of Walnutport and the late John W. Krause. David worked most recently for Nestle. Prior to that, he worked for Deka battery in Kutztown. He was a current board member of the Slatington Skeet Club, and was a member of the American Legion Post 16. David was an avid golfer, and also enjoyed Northern Lehigh sports teams.
Survivors: Mother; Sister Darlene Yenser and husband Barry Trexler of Slatedale. Nephews; Bob Yenser and wife Jessica, and Ryan Trexler. He was pre-deceased by a brother Dennis.
Services: Calling period will be held Saturday January 30, 2016 1-3pm at Harding Funeral Home, 25-27 N. Second St, Slatington PA
Contributions: In lieu of flowers, contributions are suggested to Northern Lehigh School District Athletic Fund, 1201 Shadow Oaks Ln, Slatington PA 18080.

To order memorial trees or send flowers to the family in memory of David Krause, please visit our flower store.