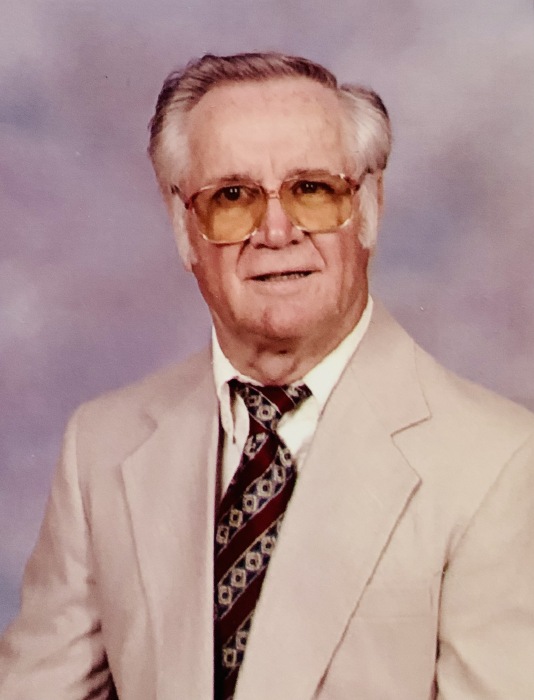 Dean V. “Chubby” Cunfer, 88, of Slatington, passed away Tuesday, November 16, 2021, at the Inpatient Hospice Unit at Lehigh Valley Hospital, Allentown. He was the husband of Dorothy M. “Dolly” (Beers) Cunfer, whom he married on March 5, 1960. Born in Slatington on July 2, 1933, he was the son of the late Charles and Mary (Brobst) Cunfer. Chubby was a 1951 graduate of Slatington High School, where he lettered in football, baseball and basketball.  He served honorably in the US Navy during the Korean War and attended Stevens Trade School on the GI Bill. Chubby retired from the American Nickeloid Company, Walnutport. Prior to that, he worked briefly for both Alpo and General Electric.  An active member of St. John’s Lutheran Church, Slatington, he participated in the Kings Men Organization, social ministry group, was a greeter & usher, Sunday school teacher, and member of the building committee. Chubby was also a member of the American Legion Post 16, Slatington, a lifetime member of Springside Fire Co., a member of the Slatington Veteran Memorial Committee, volunteered for the NOVA medical van and for Meals on Wheels. He was also active and served as treasurer of the Slatington High School Class of 1951 and the Reunion Committee.
In addition to his wife, Dolly, he is survived by daughters: Christine and husband Michael Gaiman of North Hollywood, CA, Susan Cunfer of Hillsborough, NJ, Sharon and husband Ronald Gumhold of Schnecksville; grandson: Emmett; brothers: Edwin Cunfer of Doylestown, Carl Cunfer of OH.  He was pre-deceased by siblings, Arvilla, Ralph & Ernest Cunfer.
A funeral service will be held at 11AM on Monday, November 22, 2021, at St. John’s Lutheran Church, 40 S. 2nd Street, Slatington.  Family and friends may pay their respects from 10 to 11AM at church.  Interment to follow at Union Cemetery, Slatington. In lieu of flowers, contributions can be made to either St. John’s Lutheran Church, or the National Kidney Foundation, 30 East 33rd Street, New York, NY 10016.  Arrangements are in the care of Harding Funeral Home, Slatington.

To order memorial trees or send flowers to the family in memory of Dean Cunfer, please visit our flower store.