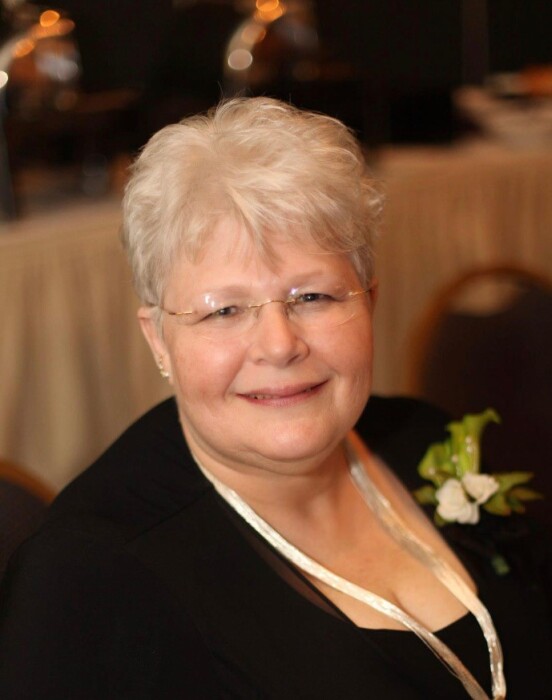 Debra A. Silfies of Slatington passed away Sunday January 23, 2022, in her home, one day after her 68th birthday.  She was the wife of Barry L. Silfies, whom she married on September 22, 1973.   Born in Fountain Hill, she was the daughter of the late George R. and Jean (Brown) Wallace.   Debbie retired in 2019, working as the secretary for Good Shepherd UCC, Slatington.  Prior to that, she was the secretary for Hope UCC, Allentown from 2003-2008, and also worked as an insurance representative for Aetna Insurance from 1996-2003.   She was a member of Good Shepherd UCC, Slatington and served on the Board of Directors for the Slatington Public Library from 2017 to 2022.   For 26 years, she was the voice of the Northern Lehigh Marching Band until 2019.
In addition to her husband Barry, she is survived by a son David B. Silfies and wife Shannon of Lehighton; daughter: Emily E. and husband David C. McGinnis of Nazareth; grandchild: Calliope M. McGinnis; step-grandchildren: Caleb, Melody Bubnis; sisters: Dawn and husband Kenneth Buck of Ft Meyers, Fl, Darlene and husband Timothy Kazmierski of Emmaus; sister-in-law: Beth A. Wallace of Bethlehem; brother-in-law: Dennis C. Silfies of Bath; 3 nieces, 3 nephews, 1 great nephew.   She was predeceased by a daughter, Anne E. Silfies, brother Dana, and sister-in-law, Lynn Silfies
A memorial service will be held at 11AM on Thursday, January 27, 2022, at Good Shepherd UCC, 3940 Mountain Road, Slatington.  Family and friends may pay their respects from 9 to 11AM at church.
Arrangements are being handled by Harding Funeral Home, Slatington.
In lieu of flowers, contributions in Debbie’s name can be made to the Slatington Public Library, 650 Main Street, Slatington PA 18080.

To order memorial trees or send flowers to the family in memory of Debra Silfies, please visit our flower store.