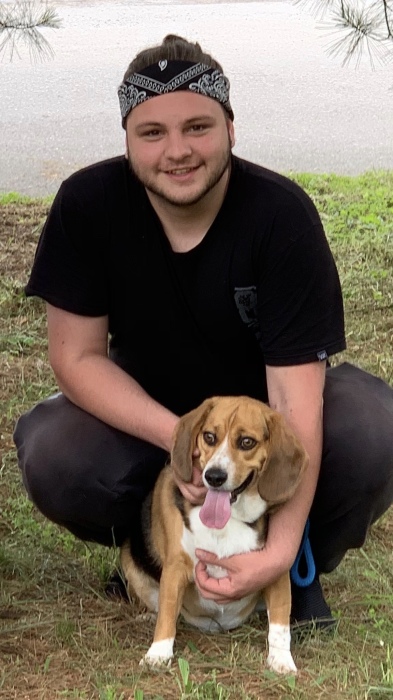 
Domonick M. “Dom”, Horvath, 23 of Danielsville, a kind hearted, well mannered young man, whom will be missed dearly by family, went back into the arms of his beloved mother on Thursday November 7, 2019.   Born on January 6, 1996 in Allentown, he was the son of Domonick J. Horvath and fiancée Stacy Cunningham of Danielsville and the late Patricia (Reichart) Horvath.   Dom was a 2014 graduate of Northampton Area School District, and then received his electrical engineer degree from Lincoln Tech.   He was employed by Myers Emergency Power Systems of Bethlehem.
In addition to Dom’s father, he is survived by a sister; Jamie L. Horvath and companion Gannon Venable; half brother, Sean Reichert; grandparents, Tom and Pat Owens,as well as aunt; Angela Gmitter and companion Dwayne Kromer, uncle; Jim Horvath and wife Kim; Cousins; Nate & Tyler Horvath, Josh Gmitter. He was predeceased by grandparents James E. and Joanne Horvath
A funeral service will be held at 7pm on Tuesday, November 12, 2019 at Harding Funeral Home, 25-27 N. Second St, Slatington PA.  Calling hour will be from 5 to 7pm at the funeral home.

To order memorial trees or send flowers to the family in memory of Domonick Horvath, please visit our flower store.