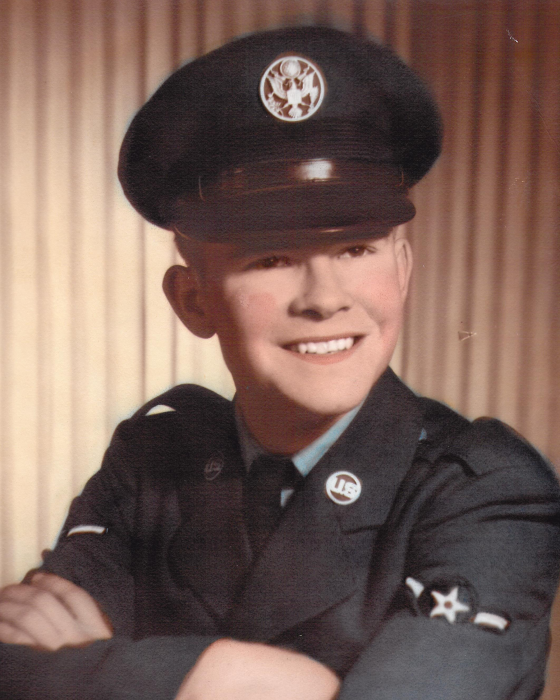 Donald D. Owens, 81, of Slatington was called home to the Lord on Sunday, December 31, 2017.  The final day of the year was his first day in Heaven.  Born in Slatington, he was the son of the late Griffith and Rebecca (Best) Owens.  He was the loving husband of Wanda (Hallman) Owens for the last 38 years.  He proudly served his country in the United States Air Force during the Korean War.  Donald was employed by Stanwood Mills in Slatington, the American Nickeloid in Walnutport, and finally by the Northern Lehigh School District as a custodian.  Donald was a lifelong member of the United Presbyterian Church of Slatington.  He is a former trustee and sang on the choir for many years.  He also sang with the Lehigh River Chorus.  He was a legionnaire with the Allen O. Delke Post 16, a 50 years member and trustee of the Loyal Order of the Moose, 1375 in Slatington, and a 50 year member of the Slatington Lodge # 440 F & AM.  He was a member of the Knights of Pythias, life member of the Vigilant Fire Co. #2 and belonged to the Diamond Fire Co.  He served Lehigh County as inspector of elections in the 2nd District of Slatington.  He also volunteered selling books for the benefit of the library.  Donald loved reading, playing pinnacle, visiting the casino and sports.  He was a huge Phillies fan, loved Penn State and Eagles football.  He will be remembered as a truly nice guy who took care of his family and friends.

Services:  A celebration of life will be held at 11 A.M. on Saturday January 13, 2018 at the United Presbyterian Church, 6750 PA Rte 873, Slatington.  Calling hour from 10 A.M. until the time of the service.  Interment will be private.  Arrangements are being handled by Harding Funeral Home, Slatington.

Contributions:  In lieu of flowers, donations can be made to the Slatington Public Library, 650 Main St, Slatington or the church memorial fund.

To order memorial trees or send flowers to the family in memory of Donald Owens, please visit our flower store.