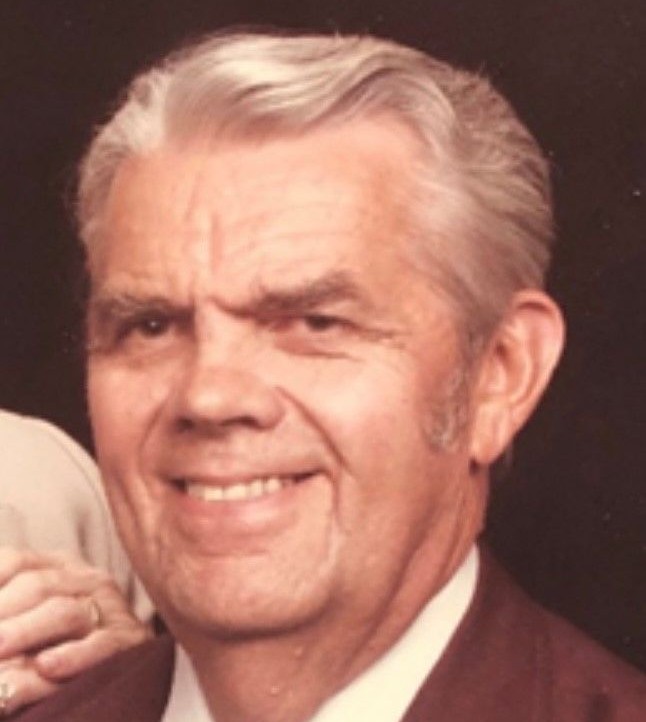 Donald G. Roberts, 97, resident of Country Meadows Allentown formerly of Berlinsville and Slatington passed away peacefully on 4-19-2022. He was the husband of the late Irmgard S. Roberts with whom he was married 41 years and the late Mae R. Roberts with whom he was married 21 years. Don was born in Slatington on July 9, 1924 and was the son of the late Kathryn and George Roberts. He graduated in 1942 from Slatington High School where he played basketball and football for the then Slaters and was class Vice President.
Don proudly and honorably served his country in the U.S. Navy during WW2 on the Destroyer Escort USS Weber DE675/APD75 as Radar Man 2nd Class serving in both the Atlantic and Pacific theaters. His ship crossed the Atlantic 20 times in search of German U-boats while protecting allied ships. While in the Pacific, he was in the battle of Okinawa and faced the Japanese Kamikazes. His ship was 2nd U.S. ship to enter Nagasaki two weeks after the atomic bomb was dropped and witnessed the great devastation of the city.
Don worked for the Lehigh Valley Railroad in the Signal department immediately after high school before entering the Navy and again upon his return. Don then worked for the Pennsylvania State Employment office as an Employee Relations Representative from where he retired in 1985. In this role he traveled throughout the Lehigh Valley visiting area businesses to match their job openings with prospective job hunters. For this role, he worked many holiday seasons at the Lehigh Valley Mall helping stores find seasonal employees and he was the State’s liaison to the tractor trailer driver school in Schnecksville in the 1970’s. Don also sold insurance and real estate for many years with Lincoln National Life, Erie Insurance, and Morris and Koehler-Marvin Realities.
He was a 77 Year member of the Slatington American Legion Allen O’Delke Post 16. He was a member of the Slatington Masonic Lodge 440, Allentown Lehigh Consistory, Reading Rajah Shrine, Slatington Skeet Club, Copeechan Fish and Game Club, and the Slatington Springside Fire Company. He was also a member of St. John’s Lutheran Church in Slatington where he was active in the King’s Men and choir, and was former president of the Slatington Bulldogs Football Parents Association.
Don and his wife Irmgard enjoyed golfing and attending social events at Blue Ridge Country Club in Palmerton as well as visiting Myrtle Beach during the winter. Don later enjoyed golfing with the retirees at Iron Lakes Country Club. Don avidly followed Northern Lehigh and Penn State sports, was an avid Pool player, and was known as a Pinochle card shark by those who played with him. He was well liked and respected by all. All of his kids could not be prouder to call Don their Dad. Don was a great son, brother, father, grandfather, great grandfather, and uncle and will be missed by many. Don was predeceased by his parents, wives, and sister Ruth George.
He is survived by: Children Barbara Grosch (Tim Moore), Donna Keichel, Brian Roberts (Tammi), Bruce Roberts (Michelle), Roxane Snyder (Tracy Applegate), and Kris Snyder; Grandchildren Beth Frantz, Mark Grosch, Adam Keichel, Jared Keichel, Samantha Jezierski, Taylor Roberts, Madison Roberts, Katelyn Roberts, Matt Roberts, Sarah Roberts, and Carter Baxter (Kiah);  Great Grandchildren Lucas Frantz, Beau Grosch, Mason Keichel, Cole Keichel, Haley Jezierski, and Ella Jezierski; and friend John Snyder-Samuelson as well as many nieces and nephews.
We want to thank all those at Country Meadows Allentown for the wonderful time Don had there these last 6 years.
Funeral Services will be held at the Harding Funeral Home in Slatington on Saturday April 23 at 12:30 PM. Family and friends may pay their respects from 10:30-12:30 PM. Masonic Services to be at funeral home. Don will be laid to rest in the Fairview Cemetery in Slatington. Military services to be at cemetery. In lieu of flowers, it is requested that gifts be given to the Slatington Public Library or St. John’s Lutheran Church in Slatington.

To order memorial trees or send flowers to the family in memory of Donald G. Roberts, please visit our flower store.