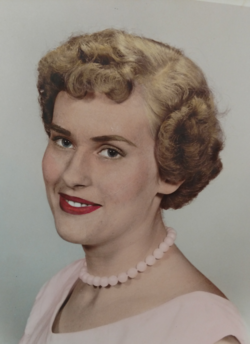 
Doris F. Anthony, 78 of Walnutport died Tuesday January 24, 2017 at the Inpatient Hospice Unit at Lehigh Valley Hospital, Allentown. She was the wife of the late Paul M. Anthony, Jr., who died in 2013. Born in Berlinsville, she was the daughter of the late Ralph and Irene (Marsh) Spadt. Doris worked as a seamstress for the former Paris Neckwear, Walnutport.
Survivors: Daughter; Darlene and husband Dennis Silfies of Walnutport. Son; Michael Anthony and wife Tina of Palmerton. Grandchildren; Crystal, Chad, Derek, Zackary, and Logan., Great granddaughters; Alexis and Trinity. She was pre-deceased by a grandson Troy, a brother Marvin Spadt, and a sister Joan Kneas.
Services: 11am Friday January 27, 2017 Harding Funeral Home, 25-27 N. Second St, Slatington. Calling hour 10-11am at the funeral home.

To order memorial trees or send flowers to the family in memory of Doris Anthony, please visit our flower store.