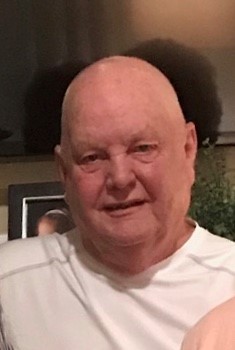 Douglas L. Wilmot, 75, of Walnutport, formerly of Slatington, passed away Monday, August 5, 2019 at Lehigh Valley Hospital, Salisbury Twp.   He was the husband of Sally A. (Hager) Wilmot, they were married on October 21, 2004.  Born March 14, 1944, in Des Moines, IA, he was the son of the late Wallace F. and Evelyn M. (Courtney) Wilmot.   Doug served his country honorably as a member of the US Army during the Vietnam era.   He was employed by Nestle-Purina and worked as a forklift operator.   Doug was a member of Bethany Wesleyan Church, Cherryville, as well as the Lehighton American Legion Post 314, and the former Korean & Vietnam Veterans of Macungie.
In addition to his wife, he is survived by sons: Eric J. Wilmot and wife Gretchen, Michael D. Wilmot and wife Jodi; step-son: Michael R. Zemlansky and wife Johnna; Grandchildren: Eric and wife Johannah, Jeremy and wife Kim, Camryn, Lauren, Jonathan; Step-grandchildren: Rachel & Madison; Mother-in-law: Doris Hager.
A funeral service will be held at 11 A.M. on Friday, August 9, 2019 at Bethany Wesleyan Church, 675 Blue Mountain Drive, Cherryville.  Calling hours will be from 9:30 to 11 A.M. at the church.  Interment with military honors to follow at Indianland Cemetery.  Arrangements are being handled by Harding Funeral Home, Slatington.
In lieu of flowers, contributions can be made in his name to Bethany Wesleyan Church or American Legion Post 314, 381 Bridge Street, Lehighton PA 18235

To order memorial trees or send flowers to the family in memory of Douglas Wilmot, please visit our flower store.