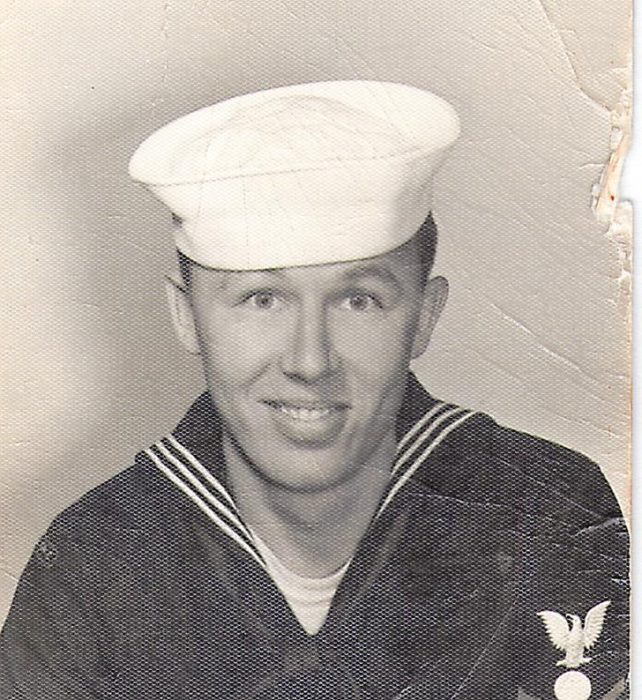 Edward "Eddie" Paar, 77 of Walnutport passed away Monday October 2, 2017 in his home with the love of his life, Josephine (Miller) Paar by his side.  Born in Walnutport, he was the son of the late Frank and Katalin (Hedgi) Paar.  Eddie was a US Navy veteran, who was stationed aboard the USS Tidewater, and the USS Borie.   He retired from Crowder Jr. Co. in Bethlehem in 2002 after 39 years working as an electric motor repairman and a maintenance group leader.   Eddie was a member of St. Nicholas Catholic Church, Berlinsville and a member of the American Legion Post 16, Slatington.  He loved riding his motorcycle, doing beautiful woodworking in his man cave, and attending gas and steam engine shows.  Eddie also worked on the farm, plowing, disking or doing whatever had to be done.  He will be sadly missed by his family, and close friends.
Survivors:  In addition to his wife; Sister: Julia Zellner of Walnutport; Nieces & Nephews.  He was pre-deceased by his daughter: Christine L. Paar in 1970
Services:  Mass of Christian Burial will be held 11 A.M. on Friday October 6, 2017 at St. Nicholas Catholic Church, 1152 Oak Rd, Walnutport.  Calling hour 9:30 to 11 A.M. at the church.  Interment with military honors to follow at the church cemetery.  Arrangements are being handled by Harding Funeral Home, Slatington.
Contributions:   Can be made in Eddie's memory to the Children's Hospital of Philadelphia, 3401 Civic Center Blvd, Philadelphia PA 19104

To order memorial trees or send flowers to the family in memory of Edward Paar, please visit our flower store.