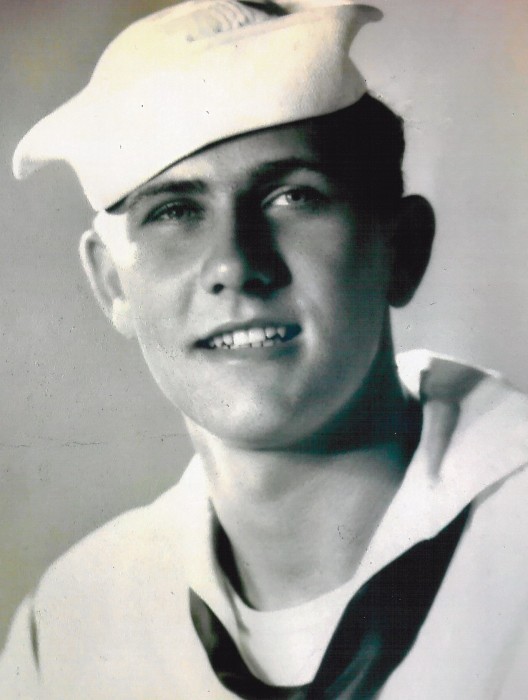 Eldon James “Jitter” Roberts, 91, of Slatington, passed away Tuesday, May 15, 2018 at the Village at Palmerton.  He was the husband of Hope Lenore (Kern) Roberts of Slatington.  Born on March 18, 1927 in Slatington, he as the son of the late John David and Naomi (Andreas) Roberts.  Jitter was a United States Veteran of WWII.  He was a former Slatington Police Officer from 1959 to 1964.  Jitter was employed as a brakeman for CSX railroad, formerly the Lehigh valley railroad, retiring in 1992.   He was a member of St. John’s UCC, Slatington.  Jitter served several years as a board member for Slatington Borough Council, first elected in 1999.   He was a seventy-year member of Allen O. Delke American Legion Post 16, Slatington, member of the Hose Company #3, and served as its fire chief, member of the railroad Association.  Jitter also served as Past President of the Lehigh County FOP and was a former driver for the Slatington Ambulance Corps.  He was the winner of the 1940 Slatington Coaster Derby.
Jitter is survived by wife, daughters, Sheryl, wife of Dennis Wiegner and Bonnie, wife of Carl Scheetz.  Five Grandsons, Cory Wiegner/Xiaomei, Christopher Wiegner, Michael Scheetz/Leshia, Philip Scheetz/Amber, and Andrew (AJ) Scheetz/Kara.  One great granddaughter, Mikayla Scheetz, and six great grandsons, Luke Scheetz, Braxton Scheetz, Bennett Scheetz, Callan Scheetz, Griffin Scheetz and Ethan Wiegner and extended family, Rose Wiegner, Sheila Wiegner Fox and family.
A funeral service will be held at 12:30 P.M. on Saturday May 19, 2018 at Harding Funeral Home, 25-27 N. Second Street, Slatington PA.    Calling hours will be held from 6 to 8 P.M. on Friday May 18 and 11:30 to 12:30P.M. on Saturday at the funeral home.  Interment with military honors to follow at Union Cemetery, Slatington.   Contribution’s in his name are suggested to St. John’s UCC, General Fund, 15 S. Second Street, Slatington PA 18080

To order memorial trees or send flowers to the family in memory of Eldon Roberts, please visit our flower store.