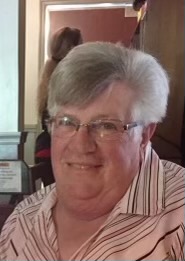 Eleanor J. “Ellie” Snyder, 77, of Walnutport passed away Wednesday, September 1, 2021, in her home.  She was the wife of Lee S. Snyder, whom she married on June 9, 1967.  Born in Walnutport on June 9, 1944, she was the daughter of the late Harold and Anna (Mease) Van Buskirk.   Since 1970, Ellie was the owner/operator of Timberland Acres in Walnutport.   She was a member of the Tawanka Riding Club, member of the AQHA, the PJHSA, and was a 4H Leader.

A memorial service will be held at 10AM on Saturday, September 4, 2021, at Harding Funeral Home, 25-27 N. Second Street, Slatington.   Family and friends may pay their respects from 9 to 10AM at the funeral home.  In lieu of flowers, contributions in Ellie’s name can be made to the funeral home to be used toward the placement of a future memorial bench at Northampton County 4H Center.

To order memorial trees or send flowers to the family in memory of Eleanor Snyder, please visit our flower store.