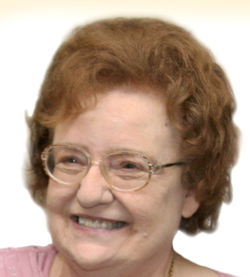 
Emma R. Roberts, 87, of Suitland, Md. died Jan. 15 in her home, after a 5-year battle with cancer. She was born in Palmerton, Pa., the daughter of Malcolm and Jennie (Hofmann) Kline. Emma was a graduate of the Slatington High School class of 1945. She was the widow of Karl W. Roberts, who died in 1993. She was predeceased by her sister, Jean Capilongo.
She was a bookkeeper for Genco Construction, Bethesda, Md. for more than 30 years before retiring in 1994.
Family and faith were Emma's greatest loves. She opened her home to many over the years, providing a safe and loving haven for family and friends in need. She was a member of Grace Lutheran Church, Ft. Washington, Md.
Emma loved to travel and visited Germany, Switzerland, Austria, Spain, Canada and Alaska with her son Randy.
Survivors: Son, Randall K. Roberts (Sharaine) of Albuquerque; brother, Wilson J. Kline of Lothian, Md.; nieces Cindy Proctor (Julius) of Upper Marlboro, Md. and Susan Noll (Henry) of Manassas, Va.; nephews, Roger Kline (Teresa) of District Heights, Md. and Richard Staeb (Loon) of Florida.
Service: Monday Jan. 18, 10 am, St. John's Lutheran Church, 40 Second St., Slatington, PA 18080. Burial to follow at Indianland Cemetery, Cherryville. Arrangements are being handled by Harding Funeral Home, Slatington.

Contributions: In lieu of flowers to the church.


To order memorial trees or send flowers to the family in memory of Emma Roberts, please visit our flower store.