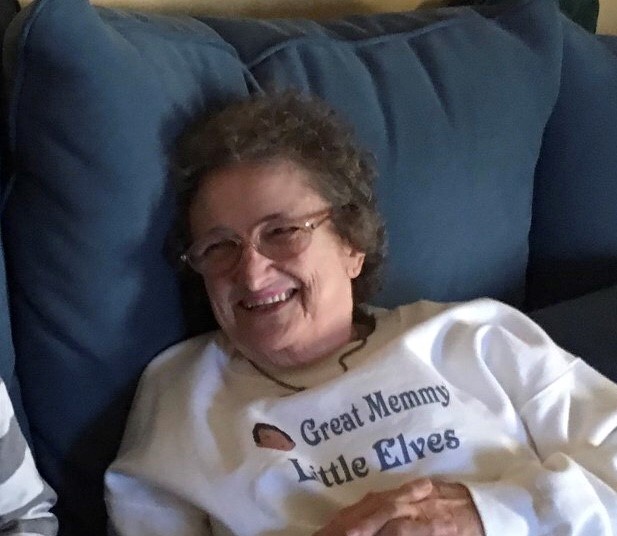 Florence B. Christman, 84, of Slatington, passed away surrounded by her family Tuesday, January 1, 2019 at Lehigh Valley Hospital, Salisbury Twsp.   She was the wife of the late Linford Christman, Jr.   Born in Lansford on July 3, 1934, she was the daughter of the late Thomas and Stella (Swigut) Basiago.  Florence worked for the former Keystone Lamp Factory, Slatington.   Prior to that, she worked for various dress factories.   She was a member of Assumption BVM, Slatington, and was a volunteer at the Second Chance Shop in Slatington.
She is survived by a daughter: Marie and husband James Becker of Walnutport; sons: David D. Christman and wife Lori of Summit Hill, Edward J. Christman and partner Sue Miller of Bethlehem; grandchildren: Jaime Gottschall, Brent Becker, Jamie LeVan, Ian Christman, Steven Christman; great-grandchildren: Merrick Bronzini, Benjamin LeVan, Samuel Becker.
A Mass of Christian Burial will be held at 10 A.M. on Saturday, January 12, 2019 at Assumption BVM Catholic Church, 649 W. Washington St, Slatington PA.  Calling hours will be from 6 to 8 P.M. on Friday, January 11, 2019 at Harding Funeral Home, 25-27 N. Second St, Slatington and 9 to 10 A.M. at the church.  Interment to follow at the parish cemetery.
In lieu of flowers, contributions can be made to Assumption BVM Memorial Fund.

To order memorial trees or send flowers to the family in memory of Florence Christman, please visit our flower store.