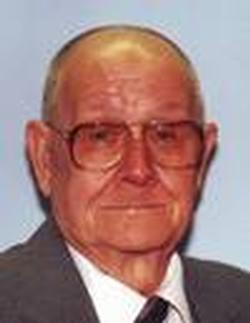 
Henry T. Peters, 86 of Slatington died Friday April 13, 2012 in Tranquil Living, Palmerton. He was the husband of Arvilla R. (Kern) Peters, they celebrated their 64 wedding anniversary this past August. Born in Bethlehem, he was the son of the late Helen Bowers. Henry was a Corporal in the US Army during WWII. He worked at Stanwood Mills for 38 years. Henry was a cub scout leader for 11 years and committee chairman. He was an active member and past president of Schnecksville Senior Citizens. He was a member of the Copeechan Club, and Township of Relief Association. He was a life time member of the Emerald Fire Company, where he was past secretary and chief driver for 4 years. Henry was a founding member of Emerald Playground Association and was a past president. He was a lifetime member of the Schnecksville VFW, and was an avid camper at the Laurel Lakes campground for 25 years. Henry was a member of St. Peter's United Methodist Church, Emerald.

Contributions: In lieu of flowers contributions can be made to Tranquil Living, or Heartland Hospice. c/o the funeral home.


To order memorial trees or send flowers to the family in memory of Henry Peters, please visit our flower store.