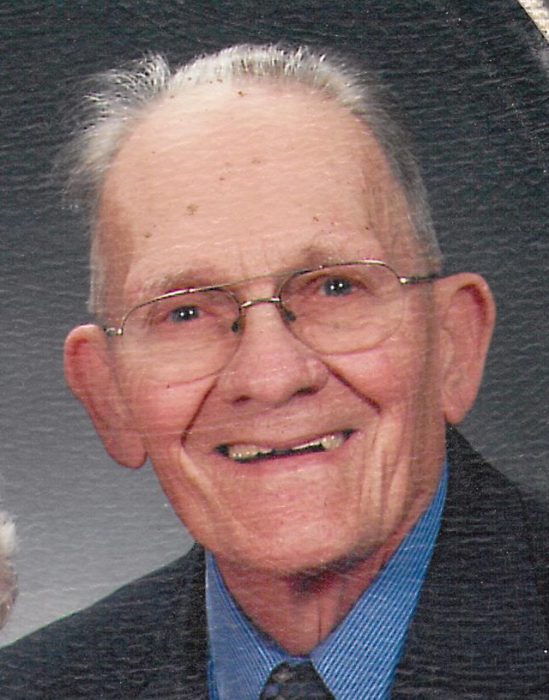 James W. Roberts, 88  formerly of Allentown passed away Wednesday February 21, 2018  in Whitehall Manor.  He was the husband of the late Lillian A. (Herbst) Roberts, who passed away in 2016.  Born in Allentown, he was the son of the late Walter A. and Blanche (Stephens ) Roberts.  James was a US Army PFC 2nd armor Calvary veteran who was stationed in Germany during the Korea War.  He retired from Mack Trucks after 35 years.  Prior to that, he briefly owned/operated a gas station in Allentown, and also worked for Pennsylvania PreCast Concrete Company.   James was a 20 year member of Greenawalds Fire Department, serving in capacities such as fire fighter, Lieutenant, Assistant Chief, and Fire Chief.  He was a member of United Presbyterian Church of Slatington for over 50 years, was a former trustee and served on the stewardship committee and Heifer Project.
Survivors: Sons; Ronald W. Roberts of Schuylkill Haven, Peter J. Roberts and wife Ginger of Fountain Hill.  Daughter; Linda L. and husband Chris Schew of Schuylkill Haven.   Grandchildren; Larry, Andrew, Christina, Lucas, & Sabrina.  Great Granddaughter; Aubrie.
Services: 11 A.M. Monday February 26, 2018 at the United Presbyterian Church of Slatington, 6750 PA Rt 873, Slatington.  Calling hour will be held 10-11 A.M. at the church.
Interment with military honors to follow at Cedar Hill Memorial Park, Allentown.  Arrangements are being handled by Harding Funeral Home, Slatington.
Contributions: In lieu of flowers, can be made to United Presbyterian Church of Slatington.

To order memorial trees or send flowers to the family in memory of James Roberts, please visit our flower store.