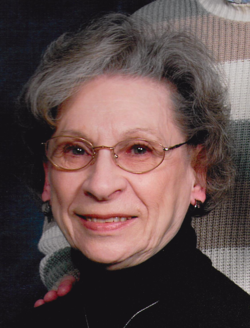 
Joan S. Morgan, 83 of Slatington passed away Friday April 21, 2017 in her home. She was the wife of the late Robert P. Morgan, who died on April 6. Born in Emerald, she was the daughter of the late Grant G. and Velma (Jones) Seip. Joan was a 1951 graduate of Slatington HS. She worked for Bell telephone until 1957, when she then became a full time mom. In her later years, her love of crafts led to a part time job at the former Creative Crafts shop in Slatington. Joan was a member of the Slatington Baptist Church, a 50year member of the Slatington OES #458, and also a member of the Penn State Alumni Assoc.
Survivors: Son; David Morgan of Slatington. Brothers; Gerald Seip and wife Donna of Walnutport, Joel Seip and wife Darlene of DE. Sister; Judy and husband Earl Hunt of MA. Nieces & Nephews.
Services: 11am Thursday April 27, 2017 at Harding Funeral Home, 25-27 N. Second St, Slatington PA Calling hour from 10-11am at the funeral home. Interment to follow at Fairview Cemetery, Slatington.
Contributions: In lieu of flowers, contributions can be made to Slatington Baptist Church, 509 Main St, Slatington PA 18080 or Animals in Distress, 5075 Limeport Pike, Coopersburg PA 18036

To order memorial trees or send flowers to the family in memory of Joan Morgan, please visit our flower store.