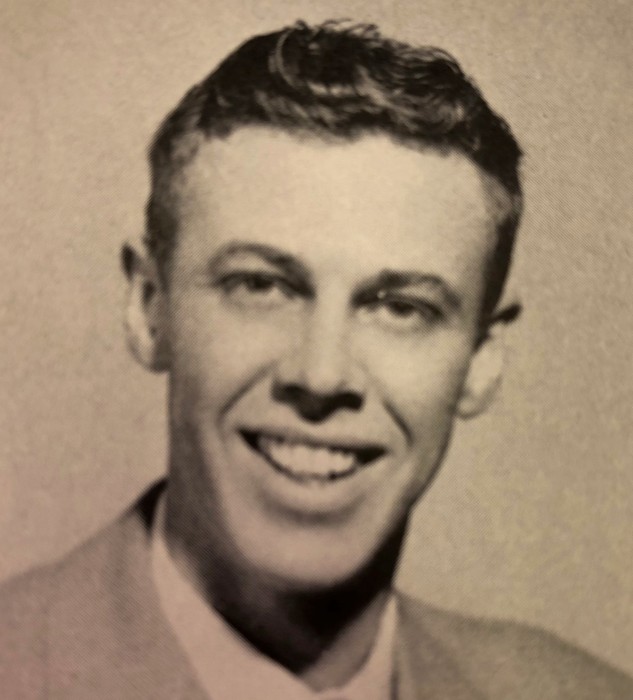 In the light of God’s loving kindness, John R. Garrity of Walnutport, PA, born May 31, 1931 to Agnes E. Caskie and Russell E. Garrity is with our Lord.  A native of Allentown, Jack moved to Slatington when he was six.   He was baptized in the First Presbyterian Church of Slatington and attended Cedar Crest Bible Fellowship Church of Allentown.  He graduated from the former Slatington High School, then from Kutztown State College in 1954 with a B.S. in Art Education and went on to teach art in the Slatington Public School for 33 years (from 1953-1986).    Jack began his career in nature-centered art at an early age.  His creations range from realistic and stylized renderings to large ceramic abstractions to highly-representational works.  Specializing in what he calls “natural forms,” Garrity has worked in a variety of media, creating murals, mosaics, sculptured wall hangings, pottery, jewelry, and bronze castings.  One art critic has compared Garrity to the Kentucky poet and novelist Jesse Stewart because of his ties to the land and to the love of nature so strongly reflected in his work.  His powers of observation and understanding and subtle sense of humor are often reflected in the intriguing and endearing details to be discovered in his depictions of natural scenes.
In 1966, Garrity took a sabbatical to study at Philadelphia College of Art, where he produced welded metal sculptures and began to cast in bronze.  At PCA, Garrity studied with Louis Mendez, a leading innovator in sculptural ceramics and received the PCA Award in ceramics –the highest honor for achievement given by the College.  He later continued his studies in ceramics at Alfred University, and has derived inspiration from the artists and techniques at the McGary Foundry in New Mexico.  As an artist always in process of creating, John was an overcomer and persevered no matter the challenge.  Romans 12:19 Through his works of art, creative fortitude and strong belief, he always renewed his hope and he took strength in the Lord.  He soared up with wings as eagles fly filled with love, joy and peace as he praised our Lord.  Isaiah 40:31 Loving kindness is good for God is good always!
Garrity’s most important work to date is a 30-foot-long, 8-foot-high colored cement mosaic mural depicting the lives of people living along and on the Lehigh Canal in Walnutport, circa 1900.  This major achievement was created from 1987 through 1990 on an outside wall of Garrity’s home, which is just yards away from the Canal.  Inspired by his students’ questions about what the canal was, how it worked, and why it was built, this “history on a wall” became a tribute to the rich, nature-centered early childhood experiences of his mother, Agnes Caskie Garrity, who grew up along the Walnutport Canal in the first decades of the 20th Century.
Like Wharton Esherick of Paoli, Garrity has transformed his studio home into an expression of his love of natural forms.  Connecting the worlds of art and nature, the walls, ceilings, and doors contain embedded or raised designs of flora and fauna, and the living room features a massive fireplace made from split Pike County stone, together with bronze elk and deer images cast in a lost wax method.  Sculpted wrought-iron railings can be found through the house, which is surrounded by hemlocks, boulders, mountain laurel, and concrete walkways inlaid with stone.
Jack’s work has been exhibited at the Kemerer Museum in Bethlehem, the Allentown Art Museum, Lehigh University, and in the rotunda of the State Capitol in Harrisburg, PA.  (Entitled “New Beginnings,” Garrity’s exquisitely-detailed depiction of a doe and fawn (part of his Nature in Bronze series) was awarded First Prize in Sculpture in Pennsylvania’s 1998 competition for senior artists.)
Please consult your heart and make the charity of your choice a gift in John’s name, John believed in providing for people in need.  He would be overjoyed to know we joined together with the good Samaritan in caring for those who are in need.
Jack leaves behind sisters: Jane Garrity Smith and Rena A. Garrity; Nieces: Linda Smith, Sharon Smith Uibel, Dawn Garrity Rodriquez; Nephews: Mark and Troy Garrity; Great niece: Kayla Uibel; Great nephew: Throeau Rodriquez.  He was predeceased in death by a brother William C. Garrity.
A funeral service will be held at 12 P.M. on Saturday, December 8, 2018 at the United Presbyterian Church of Slatington, 6750 PA Rte 873, Slatington.  Friends may pay their respects from 11A.M. to 12 P.M. at the church.  Interment will follow at Fairview Cemetery, Slatington.  Arrangements are under the care of Harding Funeral Home, Slatington.

To order memorial trees or send flowers to the family in memory of John Garrity, please visit our flower store.