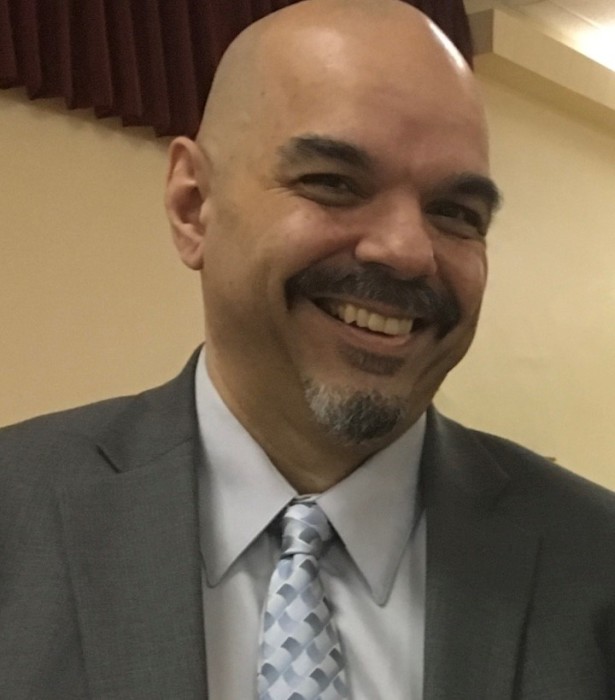 John H. Ortiz, 54, of Walnutport, passed away, Tuesday, January 1, 2019 in his home.  He was the husband of Kristi L. (Yenser) Ortiz, they were married on November 22, 2018.   Born in Philadelphia on February 10, 1964, he was the son of Janice (Reinsmith) Ortiz of Slatington, and the late John Ortiz.   John was employed by Lehigh Engineering Associates for 30 years working as a Project/IT Manager.  John had a natural vocal talent which was obvious at a young age. His vocal abilities and magnetic personality brought him to center stage in high school musicals and the choir. In the 1980s he was the front man of the band Bam Bamm which toured up and down the east coast and also recorded an LP. A firm believer of expanding community relations, he volunteered his musical talent at numerous community fundraisers as a member of Shaky Jake, and most recently Greystone, a duo with Mike Peters. Known for his quick wit, his infectious smile, and his kind heart, John was loved by many and will be deeply missed by everyone who knew him.
In addition to his wife and mother, he is survived by a sister: Louisa Day of Bethlehem; Step-sister: Emily Spells of Fl.  He was pre-deceased by a brother Stephen Ortiz.
A Celebration of Life will be held at 1 P.M. on Sunday, January 13, 2019 at the Emerald Fire Company, 7748 Penn St, Slatington PA 18080.   A luncheon to immediately follow.   Arrangements are under the direction of Harding Funeral Home, Slatington.  In lieu of flowers, contributions in John’s name can be made to the Slatington Public Library, 650 Main St, Slatington PA 18080

To order memorial trees or send flowers to the family in memory of John Ortiz, please visit our flower store.