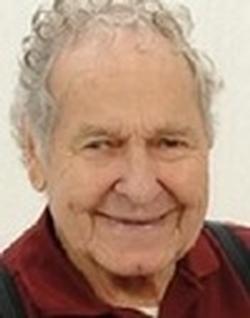 
John C. Szoke, 87 of Slatington died Saturday April 6, 2013 in his home. He was the husband of Doris L. (Sheckler) Szoke, they celebrated their 64th wedding anniversary last May. Born in Berlinsville, he was the son of the late Paul and Eva (Polak) Szoke. He served in the US Army during WWII. John worked as a laborer and truck driver for Roth & Ellis for 40 years. He was a 50 year member of the laborer's union, and a member of the American Legion Post 16, Slatington. John was a member of St. John's UCC, Slatington.

Contributions: In lieu of flowers, can be made to St. John's UCC General Fund.


To order memorial trees or send flowers to the family in memory of John Szoke, please visit our flower store.