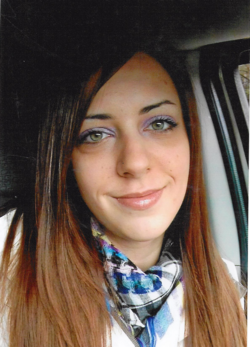 Katrina L. Beers, 28 of Slatington died Friday May 27, 2016 as a result of a car accident in July 2014. Born Jan 18, 1988 in Allentown, she was the daughter of Terry A. and Linda (Underdown) Beers of Slatington. She was a graduate of Northern Lehigh High School Class of 2006, and then received her CNA certification from LCTI. She was then employed by Fellowship Manor, Lehigh Valley Hospital, and Around the Clock Nursing. She enjoyed baking and decorating cupcakes, making photo collages, and was an experienced chess player. But her greatest joy was her son, Devin.
Survivors: Parents, Son; Devin A. Rivera, Sisters; Julianne Beers-Holtman and Amy Sara Beers-Collins. Nieces; Savannah, Zoe, and Olivia. Nephews; Andrew and Adrian.
Services: 8:00 P.M Wednesday June 1, 2016 Harding Funeral Home, 25-27 N. Second Street, Slatington. Calling hours 6-8 P.M at the funeral home.
Contributions: In lieu of flowers, donations can be to Devin’s future education fund. Checks can be made payable to Harding Funeral Home.
To order memorial trees or send flowers to the family in memory of Katrina Beers, please visit our flower store.