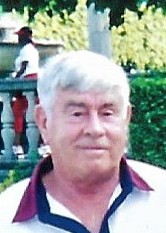 Kenneth M. Sessa, 89, a resident of The Palmerton, passed away Friday, April 30, 2021.  Born in Danielsville on July 16, 1931, he was the son of the late Frank and Pauline (Ackerson) Sessa.  Kenneth served his country honorably and proudly, receiving the Purple Heart as a member of the US Army 3rd Infantry division during the Korean War.  He worked as a crane operator for 30 years for the former National Portland Cement Co.  Kenneth also worked for the NJ Zinc Co., and for Martin Guitar.

Kenneth is survived by a daughter Shirlaine and husband Anthony Kresge of Lehighton;  Karen Kocher, Donna Sessa; 10 grandchildren; numerous great-grandchildren.  He was pre-deceased by his son David Sessa and daughter Jane Schell.

A funeral service will be held at 11AM Wednesday, May 5, 2021 at Harding Funeral Home, 25-27 N. Second Street, Slatington.  Family and friends may pay their respects from 10 to 11 at the funeral home.  Burial with military honors to follow at Union Cemetery, Slatington.

To order memorial trees or send flowers to the family in memory of Kenneth Sessa, please visit our flower store.