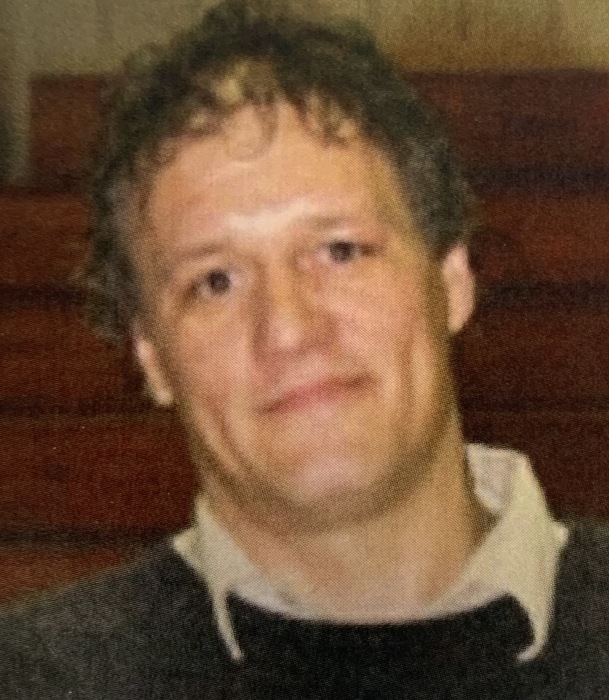 Larry “Bup” Arndt, Jr., 55, of Slatington passed away Friday, December 18, 2020 at Lehigh Valley Hospital, Cedar Crest.  Born in Allentown on July 16, 1965, he was the son of Audrey (Heffelfinger) Arndt of Slatington and the late Larry P. Arndt, Sr.   Bup was a graduate of Slatington High School Class of 1983.   Known as “Showtime” during his high school basketball years, Bup was named team MVP for both his junior and senior seasons.   He currently holds the record for most career assists and single season points with 678.   Bup was inducted into the Northern Lehigh Ring of Honor in 2007.
In addition to his mother Audrey, he is survived by a daughter Sarah Arndt and her companion Tony Krum of Slatington; granddaughter: Norah Audrey; brother: Terry Arndt and wife Bonnie; sisters: Sherry Yesik, Kelly Hunsicker and companion Bob; Nieces & nephews.
Services will be private and at the convenience of the family.   Arrangements are under the care of Harding Funeral Home, Slatington.   In lieu of flowers, contributions can be made toward the future education of Bup’s granddaughter, Norah Audrey.  Checks can be made payable to Harding Funeral Home, with Norah Audrey written in the memo.

To order memorial trees or send flowers to the family in memory of Larry Arndt, Jr., please visit our flower store.