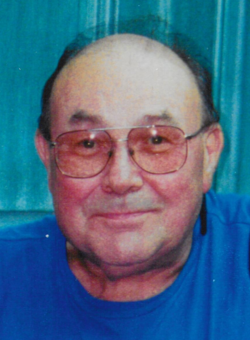 Larry S. Rex, 76 of Bath died Monday August 17, 2015 in his residence. Larry was born April 16, 1939 in Lehighton, PA. His parents Myrtle and Willard strove to raise 7 children under difficult times; Larry relished the good old days and loved to regale listeners with his tales of growing up on the “mountain”. Larry attended business school in Bethlehem, and worked for PBNE railroad throughout his career. Larry was drafted and served in the armed forces in Vietnam in 1961; he completed his tour and served in the Army Reserve for some time thereafter. His love of his life, Joan; was his confidante, soul mate, and helper throughout their 48 year marriage –he was lost when she passed.
Larry was an avid outdoorsman, and the PA Game Commission will sorely miss him. He had a keen eye for admiring the majesty of an old oak, a glistening lake in the morning, or the beauty of a sunset over the mountains he so loved. His perseverance on all his projects and missions prove that he was one in a million when it came to completing a job and appreciated a job well done. He was a member of St. John’s Lutheran Church, Bath Pa. Larry would like to thank those who assisted him in his care, a special thank you to Heartland Hospice.
Survivors: He leaves behind a lasting legacy with his daughter; Deborah & (John) Finney of Goshen, KY and their children Matthew and Sarah; Son; Michael & (Sandra) Rex of Bath, and their children; Nathaniel and Madelyn, and Son; Douglas Rex of Bath. Brothers & Sisters; Gloria Milkowich, Joe & (Sharon) Rex, Patricia & (Richard) Zimmerman. Numerous nieces and nephews. His absence among us will be felt deeply among all those that loved and cherished him, his memories he leaves will be forever with us.
Services: 11am Friday August 21, 2015 Harding Funeral Home, 25-27 N. Second Street, Slatington. Calling hour 10-11am at the funeral home. Interment with military honors to follow at Union Cemetery, Slatington.

To order memorial trees or send flowers to the family in memory of Larry Rex, please visit our flower store.