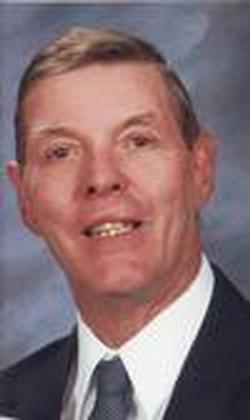 
Leslie Riley Glanz, 68, of Slatington, passed away May, 2012 in Tusayon, Arizona. He was the husband of Kathleen D. (Michalek) Glanz. Born in New Kensington, PA, he was the son of the late Wesley A. & Vera E. (Riley) Glanz. He was a Loss Prevention Director at Wickes Inc. and later the owner/operator of Pop's Beverage in Slatington until his retirement. He was a technical delegate level 4 for the United States Ski Association and a proud member of ASIS, Future Focus, Rails to Trails, Venture group, Slatington Lions, Slatington Moose and the American Legion Post #16, Slatington. He was a member of United Presbyterian Church in Slatington. Leslie was an avid motorcycle rider & skier.

Contributions: In lieu of flowers can be made to Northern Lehigh Future Focus, P.O. Box 243, Slatington, PA 18080.


To order memorial trees or send flowers to the family in memory of Leslie Glanz, please visit our flower store.