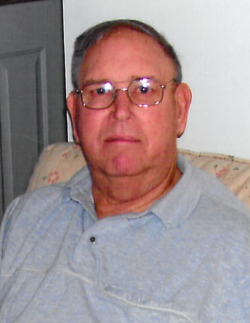 
Louis J. Schwartz, Jr. 70 of Germansville passed away peacefully on Aug 21, 2016 in his home. He was the loving husband of Brenda J. (Schuck) Schwartz for 52 years. Born in Northampton, he was the son of the late Louis J. and Helen (Hawk) Schwartz. Louis was a 1963 graduate of Parkland High School. He worked as a lineman for PPL for 41 years retiring in 2008. Prior to that, he worked for the former Lehigh Valley Dairy. Louis enjoyed deer hunting, spending time with his family and watching the grandchildren and great grandchildren sporting events.
Survivors: Wife, Daughter; Marcia L. Hoffman of Germansville. Son; Keith A. Schwartz and wife Jody of Germansville. Grandchildren; Amanda, Amber, Cheyanne, Maxine, Eddie, Dylan, Austin, Connor. Great Grandchildren; Alleigh, Greyson, Parker, Andi. Sisters; Dianne Trout, Donna and husband Richard Mohr. He was pre-deceased by a son Dennis J. Schwartz in 2014.
Services: 11:00am, Thursday August 25, 2016 at Harding Funeral Home, Slatington. Calling hour 10-11:00am at the funeral home. Interment to follow at Heidelberg Cemetery, Slatington.
Contributions: can be made to Gift of Life Donor Program, 401 N. 3rd St, Philadelphia PA 19123

To order memorial trees or send flowers to the family in memory of Louis Schwartz, Jr, please visit our flower store.