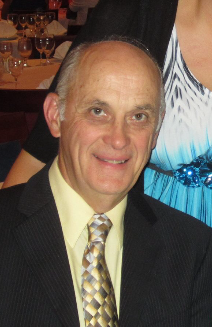 Mark W. Queen, 77, of Walnutport, passed away Tuesday, February 25, 2020 at Cedarbrook Nursing Home, Allentown.   He was the husband of Susan H. (Neff) Queen, whom he married June 15, 1968.  Born on March 25, 1942 in Walnutport, he was the son of the late Roy and Mona (Davis) Queen.   A decorated US Army veteran, Mark served in active duty from 1964-1966, and then in the Army reserves from 1966-1991, retiring as Army Sergeant Major.
Mark graduated from Thaddeus Stevens Trade School in 1963.  He began his career working for Western Electric from 1966-1976, Mack Trucks 1976-1987, American Nickeloid, Walnutport 1987-2001, and then Blue Ridge Pressure Casting 2001-2007.   Following his retirement, he worked part time as a Courier for Rentschler’s dealership, Slatington, and as a funeral assistant for Harding Funeral Home.
Mark was a member of St. John’s Lutheran Church, Slatington,  lifetime member of the Diamond Fire Co., Slatington Skeet Club, the American Legion Post 16, Slatington, where he served three terms as  Post Commander, was past Post Adjutant, and awarded the The Chapel of Four Chaplains Award.   Mark also served as Eastern Vice Commander PA American Legion as well as numerous other capacities throughout the 14th District of PA.
Mark was a proud member of the Honorary First Defender, Allentown Chapter, and was an executive board member of the Walnutport Water and Sewer Authority.  An avid New York Yankees fan, Mark participated in the Lehigh Valley New York Yankees Fan Club.
In addition to his wife Susan, Mark is survived by daughters: Marcy and husband Scott Knappenberger of Walnutport, Tammy Queen and spouse Patricia Everdean of South Whitehall; Sister: Brenda and husband Paul Rothrock.  He was pre-deceased by a brother Elden, and sister Shirley Harry.
A funeral service will be held at 11 AM on Monday, March 2, 2020 at Harding Funeral Home, 25-27 N. Second St, Slatington.  Calling hours will be held from 5 to 7PM Sunday, March 1 and 10 to 11 AM Monday at the funeral home.   Interment with military honors at Union Cemetery, Slatington.   In lieu of flowers, contributions can be made to either the Alzheimer’s Association, 57 N. Franklin St, Wilkes Barre, PA 18701, or St. John’s Lutheran Church, General Fund, 40 S. 2nd St, Slatington.

To order memorial trees or send flowers to the family in memory of Mark Queen, please visit our flower store.