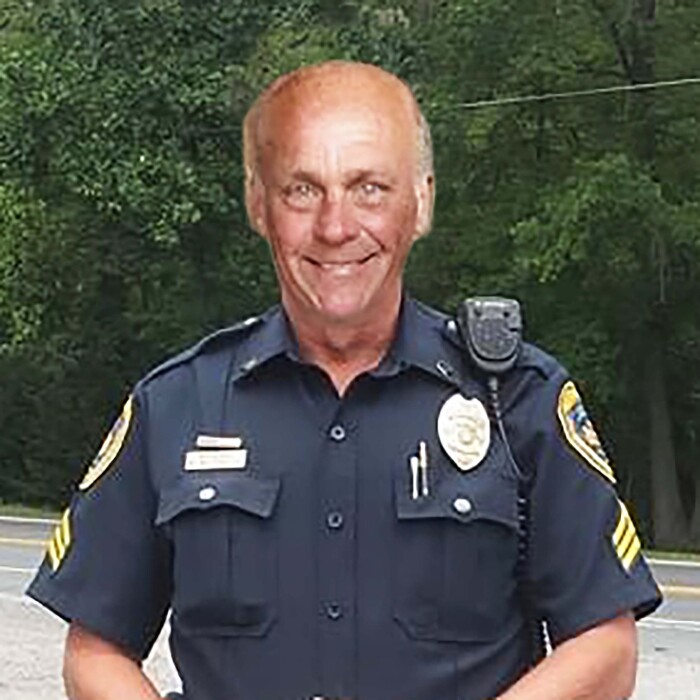 Michael P. McGonigle, 59, of Walnutport passed away peacefully surrounded by his family and friends Monday, September 27, 2021, at Lehigh Valley Hospital. He was the loving husband of Kim R. (Schatz) McGonigle, whom he married July 24, 1999. Born in Stroudsburg, he was the son of Margaret (Baclasky) McGonigle of Whitehall, and the late Joseph McGonigle. Mike was a graduate of Allentown Central Catholic High School. He continued his education and earned a B.S. in Criminal Justice from West Chester University. Mike then enrolled in the Allentown Police Academy. Mike devoted his career as a police officer, serving the communities of Wildwood, NJ, followed by Lehigh Township where he served 32 years and was promoted to Sargent, and most recently, the Borough of Northampton. He was the D.A.R.E. officer for Lehigh Elementary School for 15 years, and was active with various police organizations, including the F.O.P. and the Blue Knights. Mike continued to serve his community until the day he died, where he sat as an elected official on the Lehigh Township Board of Supervisors. An active member of St. Nicholas Catholic Church, Mike was a founding member of the local Knights of Columbus Chapter 16656. In addition to his wife & mother, Mike is survived by a daughter: Jennifer Schatz and husband Joshua Willcocks; son: Jeffrey Schatz, both of Lehigh Twsp; Siblings: Thomas McGonigle and wife Monica, Joanne and husband Kevin Gaughan all of VA, Daniel McGonigle and wife Tina of DE; Father and Mother-in-law: Stanford and Rosalia McFarland of Lehigh Twsp; sister-in-law: Cynthia Knipe of NH; and many nieces and nephews.  Mike was laid to rest at the St. Nicholas Parish Cemetery. A celebration of life with a Memorial Mass honoring Mike will be celebrated at 12noon on Saturday, December 4, 2021 St. Nicholas Catholic Church, 1152 Oak Rd, Walnutport, PA.   Arrangements are in the care of Harding Funeral Home, Slatington. In honor of Mike’s dedication to the community, a public memorial garden and grotto, featuring a St. Michael statue representing Law Enforcement, will be placed at his church to honor all fallen first responders, and those who have served this country. Donations will be accepted and used toward the future construction of the memorial. Checks can be made payable and mailed to the Harding Funeral Home, (with Mike’s name in the memo), 25 -27 N. 2nd Street, Slatington PA 18080.

To order memorial trees or send flowers to the family in memory of Michael McGonigle, please visit our flower store.