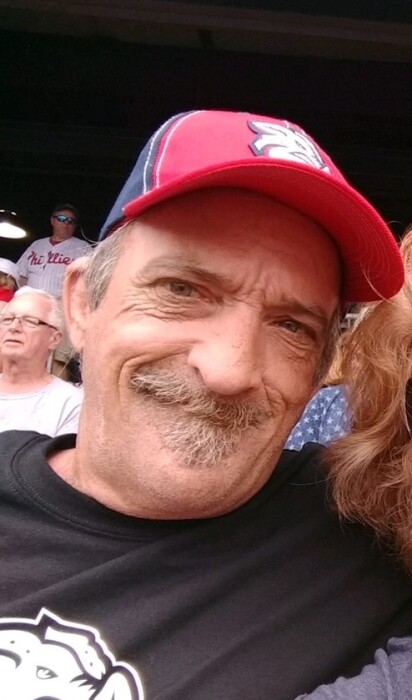 Ray L. Smith, 64, of Danielsville, passed away Tuesday evening November 9, 2021, in his home.  He was the husband of LuAnn (Metzger) Smith whom he married on December 30, 1989.   Born in Allentown on April 9, 1957, he was the son of the late Loring W. and Joyce E. (Christman) Smith.   Ray worked as a machine operator for Martin Sprocket & Gear for 16 years before retiring this past April.   Prior to that, he worked as a framer for S&H Custom Homes.   Ray was a member of the Slatington Skeet Club and enjoyed archery hunting.
In addition to his wife LuAnn, he is survived by daughters: Sandra wife of Ralf Emrich of Germany, Jennifer wife of Kevin Chesser of Tennessee , Krista wife of Jamie Jacobs of Whitehall; step-daughter: Jessica Strohl; step-son: Brad Strohl and wife Jennifer of Walnutport; Grandson: Jackson W. Jacobs;  step-grandchildren: Brittany Richard & Katelyn Romig; 3 step-great-grandchildren; brother: Larry Smith and wife Karen of New Tripoli.  He was pre-deceased by a brother, Dale Smith.
A funeral service will be held at 11AM on Saturday, November 13, 2021, at Harding Funeral Home, 25-27 N. Second Street, Slatington PA.   Family and friends may pay their respects from 10 to 11am at the funeral home.  In lieu of flowers, contributions can be made the American Legion Post 16, 510 Main Street, Slatington PA 18080.

To order memorial trees or send flowers to the family in memory of Ray Smith, please visit our flower store.