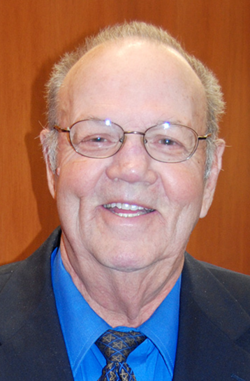 Raymond “Jack” Follweiler, 78 of Slatington died unexpectedly Saturday July 11, 2015 at Geisinger Medical Center, Danville. He was the husband of the late Catherine “Babe” (Genovese) Follweiler, who died in 2007. Born in Best Station, he was the son of the late Raymond J. Sr., and Ella (Kuhnsman) Follweiler. An accomplished athlete at Slatington High School, Class of 1955, he was a member of the iron man basketball team, and was a running back for the football team, selected to the All Lehigh Valley football team. Jack retired from Mack Trucks, where he worked as an assembler. Prior to that, he worked for both Coke a Cola, and Pepsi. Following his retirement, he worked briefly for the Pennsylvania turnpike as a toll booth collector. He was an active member of the Slatington Lion’s Club, Slatington Mason Lodge 440 F & AM, and the Slatington Moose. He was also serving as a current board member of the Northern Lehigh School Board, and the Carbon Lehigh Intermediate Unit Board. Jack was also serving as current Habtman for Grundsau Lodge 18, a member of the Emerald Fire Co., and the Slatington Skeet Club.
Survivors: Sons; Jack J. Follweiler of Slatington, Michael J. Follweiler and wife Brenda of New Ringgold. Grandchildren; Kyle, Brittany, Jaclyn, Alexia, Michael, and Kelsey. 1 Great Grandchild – soon to be 2. He was pre-deceased by 6 sisters.
Calling Period: Family and friends may pay their respects on Saturday July 18, 2015 3-5pm at Harding Funeral Home, 25-27 N. Second St, Slatington.
Contributions: In lieu of flowers, contributions are suggested to Northern Lehigh Football c/o Joe Tout, 20 Fern Terrace Nesquehoning PA 18240

To order memorial trees or send flowers to the family in memory of Raymond Follweiler, please visit our flower store.