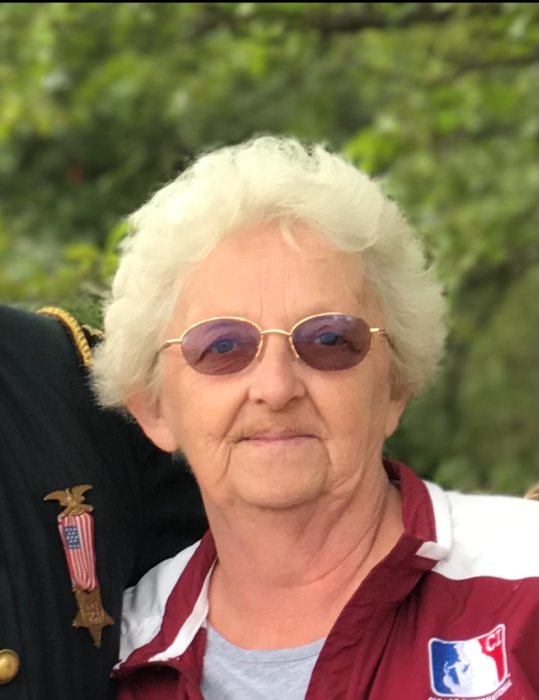 Reta M. Stein, 71, of Slatington passed away, Saturday, July 17, 2021, at home surrounded by her loving family after a two-year battle with cancer.   She was the beloved wife of the late William Stein, who passed away in 2014.  Born in Allentown on September 1, 1949, she was the daughter of the late Charles and Ruth (Heilman) Blose.  Reta was a graduate of Northwestern Lehigh High School.   She retired from Cigars International upon her husband’s death and assumed the role of Tax Collector for the Borough of Slatington and the Northern Lehigh School District until 2020.  Reta was a lifelong member of the Rose Croix Chapter #235 of Eastern Star and previously served as Worthy Matron of the Slatington and Royal Art Chapters.  Reta and Bill were very active volunteers in the Slatington Community and will be missed by many.
Reta is survived by her daughter, Stephanie Druckenmiller and husband Chris of Bath, PA and her son Stephen Stein and wife Sabrina of Germansville, PA; grandchildren, Jordan, Sydney and Bethany.
A memorial service will be held at 7:30PM on Wednesday, July 21, 2021, at Harding Funeral Home, 25-27 N. Second Street, Slatington.  Calling hours will be held from 6:00 to 7:30PM.  Interment will be privately held at Heidelberg Union Cemetery, Heidelberg Township.  In lieu of flowers, contributions can be made in Reta’s memory to the Slatington Public Library, 650 Main Street, Slatington PA 18080.

To order memorial trees or send flowers to the family in memory of Reta Stein, please visit our flower store.