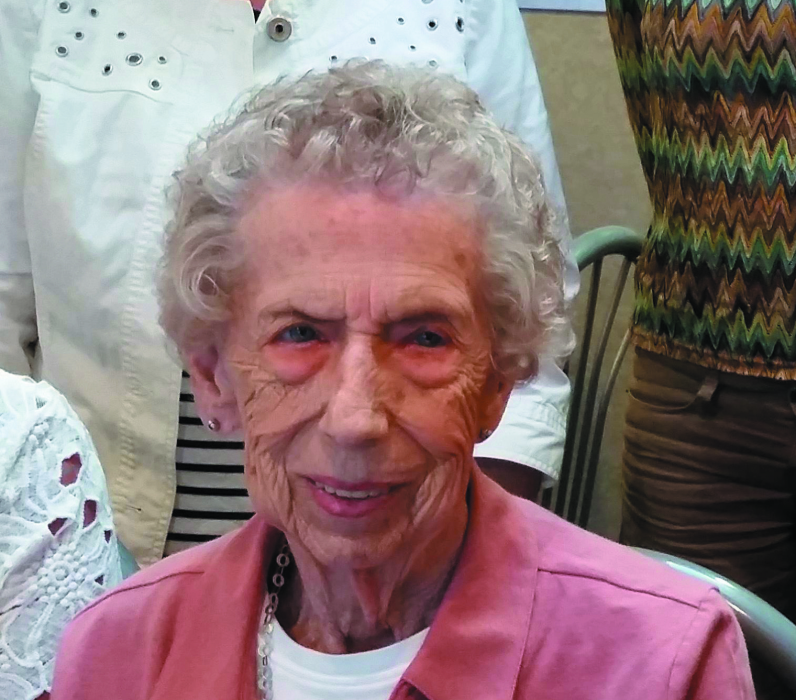 Rita C. Erschen, 96, formerly of Walnutport passed away peacefully Tuesday, April 14, 2020 at Liza’s House, Danielsville.   She was the wife of the late Henry S. Erschen.    Born on February 27, 1924 in Bowmanstown, she was the daughter of the late Herman E. and Marguerite (Sillers) Sander.

Rita worked as a secretary for her husband’s business, Henry S. Erschen Tourways, for 32 years from 1951-1983.  It was then she became one of the first female bus drivers in the Lehigh Valley. Prior to that, she worked for the former Prince Manufacturing in Bowmanstown for 8 years.  Rita was a member of St. Nicholas Catholic Church, Berlinsville, Friendly Sr. Citizens, Slatington Sr. Citizens, Former Springside Ladies Auxiliary, Northampton AARP Chapter, and a former Lehigh Township Lioness.

She is survived by a daughter: Sandra R. and husband Lloyd Hopkins of Walnutport; 1 Granddaughter; 1 great-granddaughter; nieces & nephews.   She was pre-deceased by brothers Herman & Eugene Sander and  sisters Pauline Hanosek & Josephine Bock.

A private Mass of Christian Burial will be held.    Arrangements are under the care of Harding Funeral Home, Slatington.

In lieu of flowers donations may be made to the Allentown Rescue Mission.

To order memorial trees or send flowers to the family in memory of Rita Erschen, please visit our flower store.