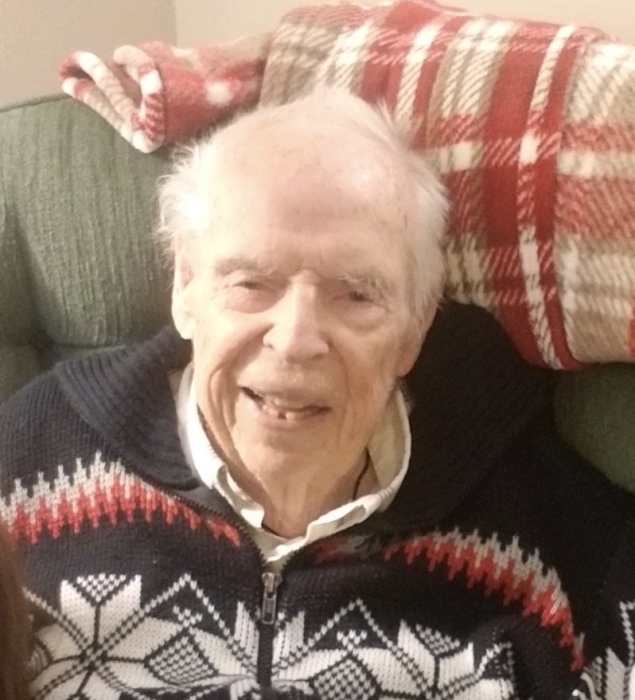 Robert W. Allem, 94, formerly of Slatington passed away Thursday, August 29, 2019 at Phoebe Home, Richlandtown.   He was the husband of the late Helen M. (Rickert) Allem who passed away in 2012.  Born in Quakertown on October 8, 1924, he was the son of the late Robert E. and Ida (Strauss) Allem.  Robert began working for Dimmig Electric as an appliance repairman, advancing to their service manager.   He then taught small appliance repair in Wilkes-Barre, and later for Lehigh Career & Technical Institute where he then retired.   Robert was a member of St. John’s Lutheran Church, Slatington.   A former recipient of the Spirit Award, presented by the Northern Lehigh Chamber of Commerce, he was active with the Slatington Second Chance Shoppe, the Northern Lehigh Community Center and was a former fire fighter for West End Fire Co., Quakertown.
He is survived by a son: Kenneth R. Allem and wife Christine of FL; daughter: Carol and husband Dale Tredinnick of Wapwallopen; 5 grandchildren; 2 great-grandchildren.
Services will be held at 4PM on Tuesday, October 8, 2019 at Harding Funeral Home, 25-27 N. Second Street, Slatington. No Calling hours.

To order memorial trees or send flowers to the family in memory of Robert Allem, please visit our flower store.