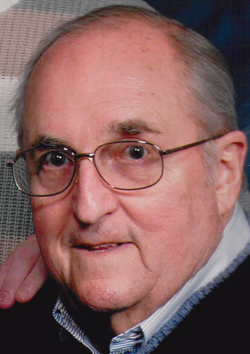 
Robert P. “Bob” Morgan, 88, of Slatington passed away peacefully in his residence on Thursday April 6, 2017. He was the husband of Joan (Seip) Morgan. Born in Allentown, he was the son of the late Harry C. and Olwen (Pierce) Morgan. Bob graduated from the former Slatington High School, in 1946, and then from the former Penn State College in 1952, and was a life member of the Penn State Alumni Assoc. He honorably served his country in the US Navy during peacetime. Bob worked for Lehigh Portland Cement Co. as manager of Labor relations for many years before retiring. Following his retirement, he remained a consultant with the company. He was a member of the Slatington Masons Lodge 440 F & AM, the Allen O. Delke American Legion Post 16, Slatington. Bob was a member of the Slatington Baptist Church, and held various positions throughout the years including Sunday school teacher, Head Usher, finance board member and moderator.
Survivors: Wife, Son; David Morgan of Slatington. Brother; Ret. Gen. Thomas Morgan USMC and wife Barbara. 9 nieces & nephews.
Services: 11:30am Tuesday April 11, 2017 Harding Funeral Home, 25-27 N. Second St, Slatington PA. Calling hour 10:30 -11:30am at the funeral home. Interment will be private.
Contributions: In lieu of flowers, contributions can be made to Slatington Baptist Church, 509 Main St, Slatington PA 18080 or the Slatington Public Library 650 Main Street, Slatington PA.

To order memorial trees or send flowers to the family in memory of Robert Morgan, please visit our flower store.