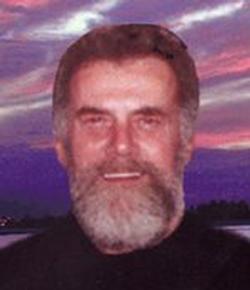 Robert E "Bob"ì³Œ. Sterner, 64, of Emerald, passed away June 11, 2010, in Lehigh Valley Hospital Center, Salisbury Twp. He was the husband of Linda (Erb) Sterner, they celebrated their 44th wedding anniversary this past October. Born in Allentown, he was the son of the late Earl & Winifred (Miller) Sterner. Bob worked as a lineman for Henkels & McCoy in Bethlehem for many years. Prior to that, he worked for the former Bethlehem Steel. He was a Vietnam Army Veteran. He was a life member of the Emerald Fire Company.

Contributions: In lieu of flowers contributions can be made to the family in hopes of erecting a park bench along the rails to trails path in Bob's name.


To order memorial trees or send flowers to the family in memory of Robert Sterner, please visit our flower store.