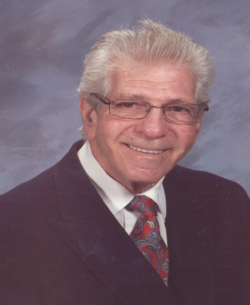 Ronald A. “Twinner” Williams, 78 of Slatington died suddenly Sunday January 4, 2015. Born in Palmerton, he was the son of the late James and Nellie (Galio) Williams. Ron was a US Navy veteran. He was self employed, owning & operating Ron Williams Beauty Supply, serving the greater Lehigh Valley for the last 30 years. An active member of the Rotary Club of Slatington, he served as 5 time past president, was also Past District Governor of District 7430, and was a Paul Harris Fellow. Ron was a member of Assumption BVM Catholic Church , Slatington, and currently held position as vice president of the Holy Name Society. He also was a member of the American Legion Post 16, Slatington, the Slatington Moose, and the Emerald Fire Co. Ron was an avid golfer and past president of the Poor Man’s Golf Association
Survivors: Daughters; Kristi Howell of Mount Laurel, NJ, Danielle Brown of Trexlertown. Son; Jason Douglas and wife Heather Gee of Alburtis. Granddaughter; Eleanor. He was pre-deceased by a twin brother Donald.
Services: Mass of Christian Burial 11am Thursday January 8, 2015
Assumption BVM Church, 649 W. Washington St, Slatington. Calling hour 10-11am at the church. Interment to follow at the Parish Cemetery. Arrangements are being handled by Harding Funeral Home, Slatington.
Contributions: In lieu of flowers, contributions are suggested to Assumption BVM Holy Name Society or Rotary Club of Slatington, PO Box 61, Slatington PA 18080.

To order memorial trees or send flowers to the family in memory of Ronald Williams, please visit our flower store.