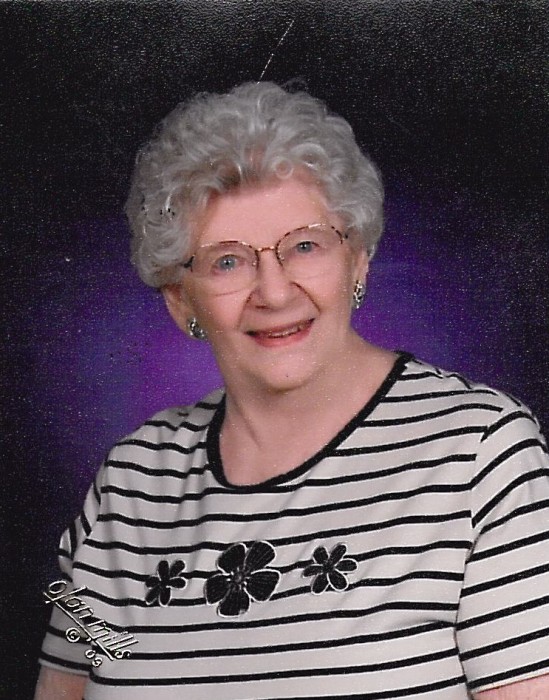 Ruth E. Gogel, 93, formerly of Walnutport, passed away Sunday, November 10, 2019 in the home of her daughter, Donna.  She was the wife of the late Lawrence A. Gogel.  Born in Lockport, Northampton County on September 5, 1926, she was the daughter of the late Roy and Grace (Hartley) Green.  Ruth walked from the Lockport area of Lehigh Township to Slatington High School during the second world war.   She graduated high school in 1944 and went to work at Bethlehem Steel, inspecting artillery shells till the end of the war.   She then married Lawrence Gogel in 1949, and she and Lawrence started and co-owned Gogel’s Auto Parts at various locations before retiring.   Besides running the family business, she raised five children, was a notary public for many years, deaconess at Slatington Baptist Church, girl scout’s leader and Ladies Bible Class President.  She was also a Lehigh Township Lioness for many years.   Ruth was also a loving care giver to her parents, Lawrence her husband, Doris her daughter whom took sick and was laid up for 18 months until passing.   After her husband passed in 2001 following a lengthy illness, she met Merritt Bossard and was his companion and caregiver until his passing in 2011.
Ruth is survived by a sons, David L. Gogel and wife Dolores of Bath, Donald A. Gogel of Walnutport; daughter, Donna Kumernitsky and fiancé Glenn Straub of Ballietsville; Grandchildren, Jonathan, Kelsey, Donna; Great-Granddaughter, Jionna; brothers, George Green and wife Martha of Slatington, Robert Green and wife Nancy of Walnutport.   She was pre-deceased by children Daniel A. and Doris J.
A funeral service will be held at 12P.M. on Thursday, November 14, 2019 at the Slatington Baptist Church, 509 Main St, Slatington.   Calling hour will be 10-12 at church.   Interment to follow at Indianland Cemetery, Walnutport.   Arrangements are under the care of Harding Funeral Home, Slatington.  In lieu of flowers, contributions can be made to the church.

To order memorial trees or send flowers to the family in memory of Ruth Gogel, please visit our flower store.