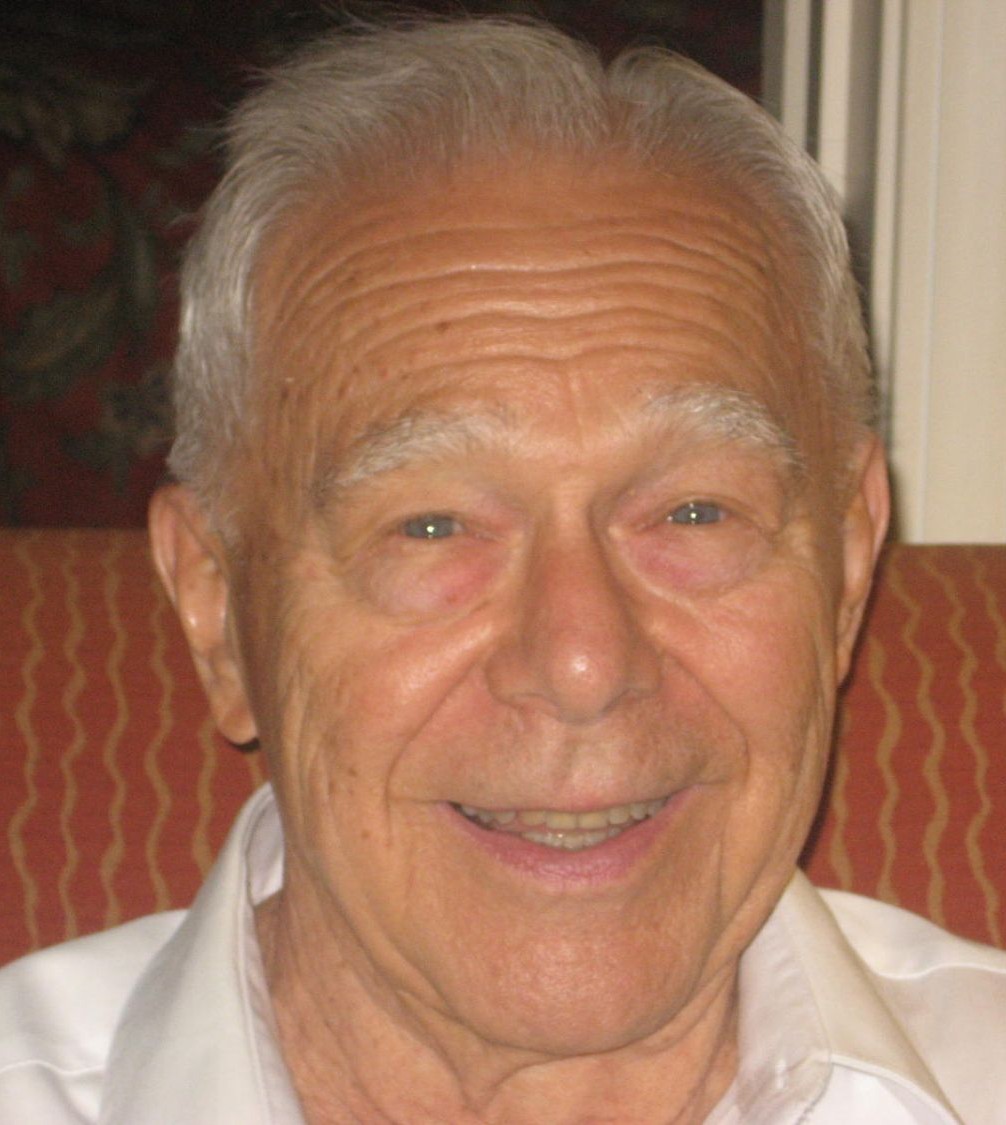 Thomas Harry Merkel, 99, of Lehighton, passed away on Monday, October 3, 2022, at St. Luke’s Carbon Campus. He was the husband of Eleanor M. Merkel (originally of Slatedale) who passed away in 2005. Born on April 30, 1923, he was the son of the late Adam L. and Mary Merkel of Alburtis, PA. He is survived by a son, Thomas A. Merkel and his wife Ciaran; daughter Tina Marie and her husband David Boyuka of Locust, NC; three grandchildren, Drew, Adam and Caroline Boyuka; and one brother, Joseph Merkel and his wife Rachel of Sturgis, MI. He was predeceased by three siblings: William Merkel, Paul Merkel, and Mildred (Merkel) Hemphill.

Thomas is a decorated war veteran who was involved in both D Day (Normandy) and the Battle of the Bulge. He operated a range finder and artillery pieces on the front line in Patton's Third Army.

Thomas was born in an 18th-century stone farm house on the Adam and Lewis Merkel farm, located between Alburtis and Hensingersville, a non-electric and horse-powered (no tractors) general farm with rich, naturally fertile soil that produced everything from eggs, milk and meat to wheat, berries, grapes, apples and cider. Thomas' grandfather was a master blacksmith and wagonwright, and his uncle Menno was the master horticulturalist, but another uncle was artistic, and taught Thomas to draw. The original language spoken in the home was Pennsylvania Dutch. The family was poor because farming is a low-pay occupation, so the children got one pair of shoes each year, to go to school in the fall. Shoes wore out from walking by spring, so the children went barefoot all summer. However during the Depression many were even poorer, and the farm kitchen fed many hobos who came begging for food.

Thomas enjoyed his childhood on the farm, including hunting, fishing, swimming, skating and sledding, and playing on the local baseball team. He also enjoyed helping in his grandfather's blacksmith shop, and wanted to become a blacksmith like his grandfather when he grew up.

He graduated from the Hensingersvlle School (passing the tough county exam) and went on to Emmaus High School, where he was the best art student, and the 'most valuable player' on the football team. He had very good physical endurance, so he usually remained on the field throughout the games. Lacking car transportation, he walked many miles to school from Alburtis to Emmaus every day, and home again even after football practices and games.

He then furthered his education, obtaining a bachelor’s degree from Kutztown College (where he also played football), and a master’s degree from Columbia University, in New York City.

He was a career-long (for 35 years) public school art teacher, teaching briefly for Trenton School District, Southern Lehigh SD and Wyalusing SD, and finally at Lehighton SD for 30 years. He was a member of the Lehigh Art Alliance, Pocono Mountain Art Group and other art organizations, and taught art to disabled veterans for the US Veterans Adminisrtation, and gave private guitar lessons.

He met his future wife Eleanor Mae Scherer while teaching in Southern Lehigh School District, where she was teaching music. Within a year they were married in her church in Slatedale, on June 26, 1954. Their son Thomas was born in August, 1955, just before Thomas took another teaching (and football coaching) position in Bradford County, where daughter Tina Marie was born. But the pull of home and family on their heartstrings led them to return to the Lehigh Valley a few years later, to settle permanently in Lehighton. Thomas enjoyed 50 years of happy marriage to Eleanor as they built a homestead, taught school, and reared Tom and Tina. Later,Thomas proved to be an exceptional 'Pap Pap' to his three grandchildren, who truly adored him. He was known for his patience and unconditional love for students of all ages, and he championed all their creative efforts.

Thomas' religious background was German evangelical, and German hymns were sung in the home. He was baptized as an infant, and a second time by immersion as a converted, adult believer. He sometimes taught Sunday School to youth and adults, and was a member of the Evangelical Congregational Church.

A funeral service will be held at 2:30PM on Saturday, October 8, 2022, at the Harding Funeral Home, 25-27 N. Second Street, Slatington. Family and friends may pay their respects in a viewing from 1:30 to 2:30PM, at the funeral home. Interment will follow at the Slatedale Cemetery.

In lieu of flowers, contributions can be made to The Memorial Fund of the Bethany E.C. Church, 222 North Street, Lehighton, PA - to be used for various needs such as the food bank and clothing distribution for the elderly and poor, repairs, and Christian camp scholarships for children and youth.

To order memorial trees or send flowers to the family in memory of Thomas H. Merkel, please visit our flower store.