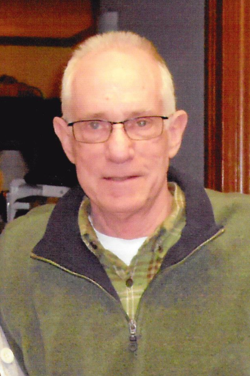 Timothy I. Mooney, 66 of Slatington died Tuesday October 25, 2016 at Temple University, Philadelphia. He was the husband of Barbara J. (Parry) Mooney; they celebrated their 45th anniversary on October 9th. Born in Palmerton, he was the son of the late Donald P. and Margaret M. (Reynolds) Mooney. Tim was a 1968 graduate of Palmerton Area High School, and of Thaddeus Stevens Trade School in Lancaster. He worked as a senior CAD designer and retired from Central Sprinkler in Bethlehem. Prior to that, he worked for Victaulic of Easton, Mack Trucks, and the Fuller Co. He was an avid bowler, participated in numerous leagues throughout the area. Tim was the 1984 Lehigh Valley Master Bowler Champion, and he rolled a perfect game 300 on December 30, 2003. He was also a member of the Poor Man’s Golf Association.
Survivors: Wife, Daughters; Sara L. Mooney of Bryn Mawr, Erin A. DelPercio and companion Tim Strohl of Palmerton. Grandson; Anthony DelPercio. Brothers; Thomas Mooney and wife Terri of Cherry Hill, NJ, Mark Mooney and wife Joanne Stahl of Orefeild. Sister; Donna Wisocky-Cronin of LeMars, IA. HE was pre-deceased by a grandson Noah Rockwell.
Services: 2pm Sunday October 30, 2016 Harding Funeral Home, 25-27 N. Second St, Slatington. Family and friends may greet the family from 1-2pm.
Contributions: In lieu of flowers, donations are suggested to either Gift of Life Donor Program, 401 N. 3rd St, Philadelphia PA 19123 or the Krysta Hankee Memorial PO Box 1, Germansville PA 18053

To order memorial trees or send flowers to the family in memory of Timothy Mooney, please visit our flower store.