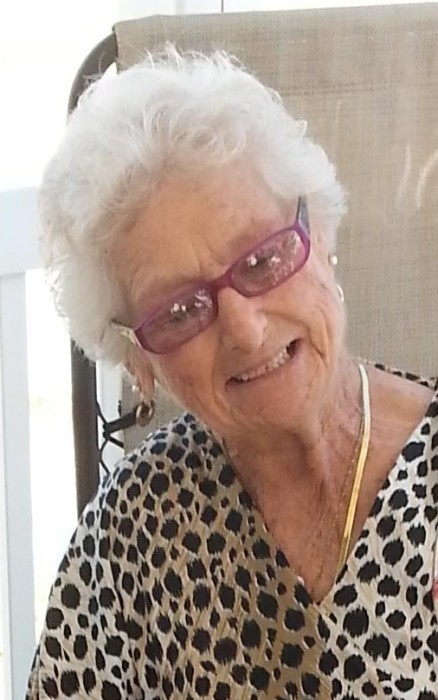 Verna Ellen Mack, nee Gower, beloved wife of the late Norman Wilbur Mack, peacefully entered into eternal rest on Sunday, October 21, 2018.  She was born on March 8, 1926, in Slatington, PA., to the late Frederick and Ida Agnes Beer Gower.
She married Norman, the love of her life, in 1943, in Texas where he was a flight cadet.  They celebrated 67 years together before his death in 2011.  She was a home maker, reared her daughters, was active in the community, had a huge garden and put up vegetables.  Later she worked at the Lehigh Township Elementary School as a cook.  Verna loved to travel; she and Norman visited Europe, the Caribbean, Bahamas, Hawaii, and areas of Central America.  After they retired they purchased a motor home and visited the lower 48 states and spent 6 months of the year in Florida for the warmer weather.  After Norman’s death she traveled with her daughters, taking multiple cruises to Bermuda and New England.
Survivors: include daughters Beverly Mack and husband Jack Lorraine of Hampton, VA, and Judy Pickel and husband David Pickel of Harrisburg, PA and Middle River, MD.  They also had a son, Norman Mack, Jr (Butchie) born in 1944 and died 1947.  Other survivors include a grandson Christopher Sechler and wife Susan of Horn Lake, MS,  sisters Pauline Snyder and Betty DiGiacinto, in addition to many nieces and nephews.
Services will be held at 10:30 A.M. on Saturday, October 27, 2018 at Harding Funeral Home, 25-27 N. Second St, Slatington.  A calling hour will be from 9 :30 to 10:30 A.M. at the funeral home.  Interment to follow at Trachsville Cemetery, Palmerton.
Contributions:  In lieu of flowers contributions in her memory may be sent to Wounded Warrior Project, 370 7th Ave # 1802, New York NY, 10001or any veterans organization of your choice.

To order memorial trees or send flowers to the family in memory of Verna Mack, please visit our flower store.