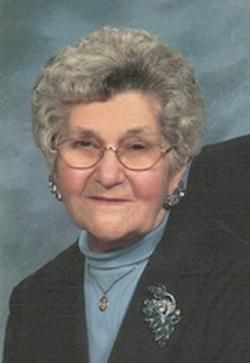 Veronica R. Bandzi, 84, of Slatington passed away Monday, August 9, 2010 in Lehigh Valley Hospital Center, Salisbury Township. She was the wife of Simon C. Bandzi, they celebrated their 63rd wedding anniversary this past February. Born in Slatington, she was the daughter of the late Jacob & Mary (Micancin) Papay. Veronica worked as a sewing machine operator for many years at Holiday Fashions in Slatedale. She was a member of Assumption B.V.M. Catholic Church in Slatington where she was a member of the Altar and Rosary Society.

Contributions: In lieu of flowers, can be made to the charity of one's choice.


To order memorial trees or send flowers to the family in memory of Veronica Bandzi, please visit our flower store.