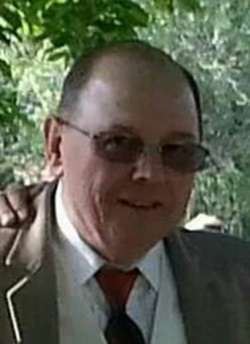 Wayne L. Strohl, 69 of Walnutport died Saturday January 17, 2015 at The Good Shepherd Rehabilitation Hospital, Allentown. He was the husband of Linda L. (Kistler) Strohl; they celebrated their 47 wedding anniversary last August. Born in Northampton County, he was the son of the late Milton H. and Gladys (Strohl) Strohl. Wayne served in the United States Navy for 23 years. Following his discharge, he continued work with the Navy as a civilian contractor, including computer sales until his retirement. He was a member of Vietnam Veterans of Carbon County, and the Lehighton American Legion Post 314. Wayne was also a member of the Walnutport VFW Post 7215, where he currently served as steward.
Survivors: Wife; Sons; Scott Strohl and spouse Theresa of Palmerton, Darryl Strohl-De Herrera and spouse Estaban of Sacramento, CA. Grandchildren; Bryan, Adam, Brittany, Nicholas, and Savannah. Great Grandchildren; Alysa, Riley, Kenobi, Kellan, and a 5th arriving in June. Brother; Myron Strohl and wife Dawn of Lehighton. He was pre-deceased by brothers Milton Jr. and Bruce Strohl.
Services: 11:30am Saturday January 24, 2015 Harding Funeral Home, 25-27 N. Second St, Slatington. Calling hour 10-11:30am at the funeral home
Contributions: In lieu of flowers, contributions are suggested to either the Funeral Home to help defray expenses, or the Wounded Warrior Project or the American Diabetes Association.

To order memorial trees or send flowers to the family in memory of Wayne Strohl, please visit our flower store.