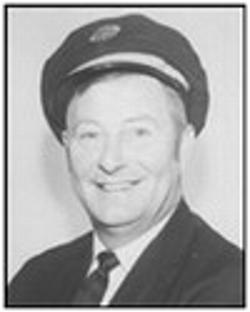 
Willard C. Gersbach, 90 of Slatington died Saturday, September 1, 2012 at the Summit Nursing Home, Lehighton. He was the husband of Bertha R. (Getz) Gersbach. Born in Palmerton, he was the son of the late Arthur and Lillian (Weiss) Gersbach. He served in the US Marines during WWII. Willard worked as a pilot for Eastern Air and Modern Air Transport. Prior to that, he worked as a bricklayer for the Former NJ Zinc Co. He was a member of St. Johns UCC, Slatington. a member of the Lehigh Valley Radio Control Society, and was a Ham Radio Operator whose call sign was K3BTU. He was also a member of the Allen ODelke American Legion Post 16, Slatington. Willard was an aviation model enthusiast and member of Pappys Squadron. Survivors: Wife; sons, Willard A. Gersbach, of Walnut Creek, CA, Fred B. Gersbach and wife Diane of Slatington; grandchildren; Eric Gersbach and wife Gayle of Slatington, Leah Gersbach of Conshohocken. He was predeceased by a brother Paul, and a sister Minerva Green. Services: 10:30 a.m. Wednesday Sept 5, 2012 Harding Funeral Home, 25-27 N. Second St., Slatington. Calling hour 9:30 to 10:30 a.m. in the funeral home. Interment with military honors to follow at Towamensing Cemetery, Palmerton. Contributions: In lieu of flowers, contributions can be made St. Johns UCC, 15 S. Second St., Slatington, PA 18080

Published in Morning Call on September 3, 2012


To order memorial trees or send flowers to the family in memory of Willard Gersbach, please visit our flower store.